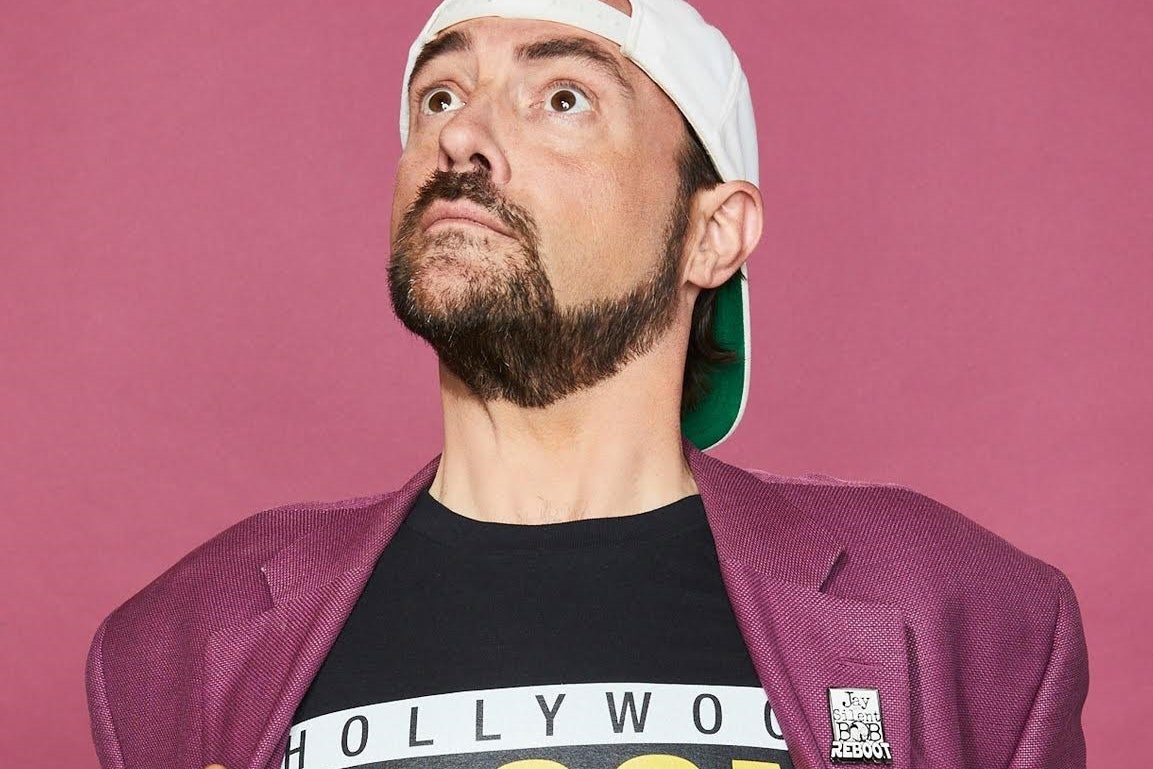 Best known for his rise to prominence as the character Silent Bob in his classic 1994 film “Clerks” (which he also wrote, directed and co-produced), Kevin Smith has since become a household name as an actor, writer, director, comedian, speaker, comic book writer, author and podcaster.

Longtime listeners of the show should remember our interview with Kevin’s straight life partner, Jason Mewes, aka Jay of comedy duo Jay and Silent Bob, in December 2018. Together, they appeared in the collection of Smith’s films including Mallrats, Chasing Amy, Dogma, Jay and Silent Bob Strike Back, Clerks II and Silent Bob Reboot.

Originally from New Jersey, Lewis and Anne sat down with Kevin for a long chat to discuss their shared New Jersey roots and all things cannabis and podcasting. During the conversation, our hosts explored with Kevin his love of podcasting, his movies, his uncanny ability to smoke cannabis all day, every day and stay highly productive, the development of his own strains of weed (and where to find them!), his upcoming projects and much more.

As well as being a cannabis icon, Kevin is an incredibly generous person and all of us at The Green Rush are grateful that he joined us to learn about movies and cannabis.

So don’t sit down, lean forward and enjoy!

This episode was moderated by Anne Donohoe and Lewis Goldberg of KCSA Strategic Communications.

The previous article comes from one of our external contributors. It does not represent the opinion of Benzinga and has not been edited.