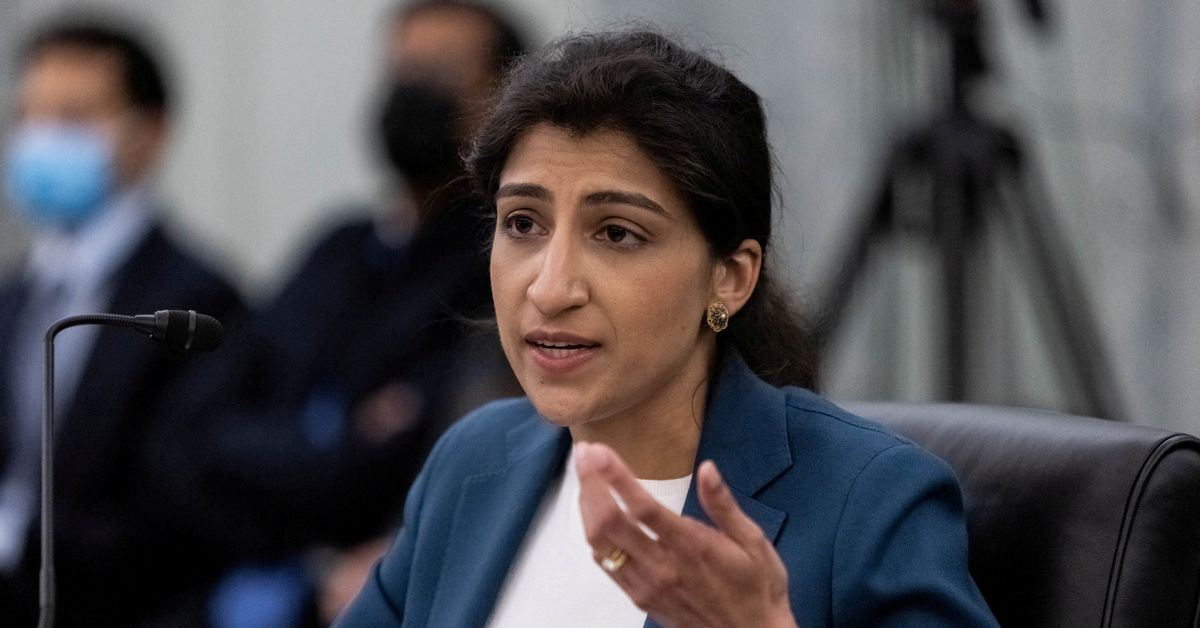 WASHINGTON, June 9 (Reuters) – U.S. Federal Trade Commission Chair Lina Khan, who has pledged tougher antitrust enforcement, said she would not rule out a deal with Meta’s Facebook (FB .O), which the agency continued in 2020, but said there was a high bar for any deal.

In an interview on Tuesday, she also criticized what she said were a slew of blatantly illegal deals and added that she was not a fan of deals to fix problematic mergers with asset sales. She also dislikes behavioral remedies, when companies promise a particular policy change for a number of years.

Under former President Donald Trump, the FTC sued Facebook in December 2020, alleging the company acted unlawfully to maintain its social media monopoly. Asked about the likelihood of a settlement, Khan said: “We’ve defined the relief that we think would be needed. I think you can calculate for yourself the likelihood of Facebook voluntarily settling for some of that relief. .”

The FTC has asked a judge to order Facebook to unwind its acquisitions of Instagram in 2012 and WhatsApp in 2014.

“But of course, as an agency, we always think about, you know, resource conservation, how to think about settlements, trade-offs versus continuing to prosecute, but that’s (an) incredibly important issue. for the agency, and we are serious about the relief we seek,” she added.

She also criticized companies that proposed mergers to the government when they knew they could not win antitrust approval.

Behavioral remedies, such as setting up firewalls between certain areas of a company, do not solve the underlying problems, she said.