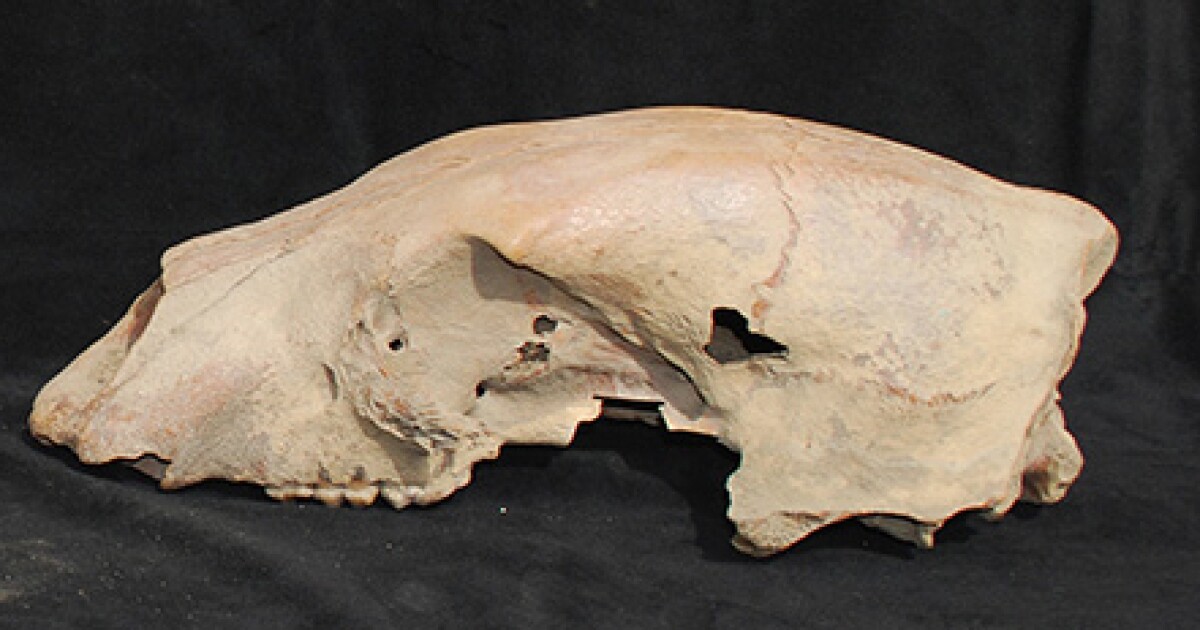 Thanks to the lucky discovery of an ancient polar bear skull in Alaska in 2009, a team of researchers led by scientists from UC Santa Cruz made a discovery: polar bear ancestry accounts for 10% of genomes of brown bears alive today. How and when did the mixing occur?

Researchers cite interbreeding between the ancestors of polar bears and brown bears around 125,000 years ago.

Beth Shapiro, professor of ecology and evolutionary biology at UCSC and a leading researcher in ancient DNAwas one of the authors of the study published last week in the journal Nature ecology and evolution. She told Lookout that although scientists already knew about the bears mixing 30,000 years ago, Bruno allowed them to learn that not only did they interbreed much earlier, but that meaningful exchanges of DNA had taken place. Ming-Shan Wang of the UCSC Paleogenomics Laboratory also led the study with Shapiro.

At the time of interbreeding about 125,000 years ago, polar bears were navigating through a warm interglacial period during the Pleistocene epoch, and this movement led to an overlapping of their habitats – similar to what scientists observe today. .

Shapiro said the idea gives scientists a better understanding of how species interact with each other, how climate change may have played a role in the phenomenon, and how it could help improve conservation decisions today.

In addition to Wang and Shapiro, study authors include Alisa Vershinina, Megan Supple, Joshua Kapp, Russell Corbett-Detig, Sarah Crump, and Richard Green at UC Santa Cruz; Gemma Murray of the University of Cambridge; Kristin Laidre at the University of Washington; and Love Dalén at the Swedish Museum of Natural History in Stockholm.

This interview has been edited for clarity.

Lookout: What could scientists have learned by studying Bruno’s genome?

Beth Shapiro: So our previous work has shown that this happened during the last ice age off the southeast coast of Alaska and Ireland, and in some islands northeast of Siberia. But that was it, between 15 and 30,000 years ago – the last peak of the last cold part of the Ice Age, when polar bear habitat was pushed further south because the ice was pushed further south. This bear, Bruno, was therefore much older than that. And that gave us the opportunity to ask ourselves whether or not this mixing between these two lineages also happened during the previous warm interval, around 125,000 years ago.

So we extracted the DNA from the bones, and we found a few things. The first is that Bruno is a girl. We discussed changing the name, but I think Bruno is a perfectly acceptable name for a female polar bear.

The other interesting thing we’ve seen is that some of the DNA actually jumped from brown bears to polar bears – maybe because the population of polar bears was very small at the time – but she’s gone now. So that really suggests that it’s not good – it’s unsuitable for polar bears to have brown bear DNA.

Warning: Scientists don’t know what genes brown bears inherited from polar bears. What makes it difficult to determine the specific genes that have been passed down to brown bears?

Shapiro: They are tiny little bits of broken down DNA that are simply spread all over the genome. And we could probably identify what those tiny little pieces of DNA are if we developed a sophisticated approach to be able to do that. But we also don’t really know what each part of the genome does. It would be difficult to say what the functional consequences would be. It would just take a lot more data to figure it out, and a much better understanding of how genes correspond to functions, physical characteristics, and behavioral characteristics.

Lookout: Why is this study important and how does it help deepen our understanding of climate and the genome?

Shapiro: We’ve worked on a whole bunch of other bears, bear populations – I work on ancient DNA and we work on extinct mammoths and bison and horses and all sorts of things – and with the DNA that we can get from fossils. We’re starting to get a much better idea of ​​how species and populations and ecosystems have evolved, how things like ice ages and changing habitat distributions can impact the evolutionary trajectory of species with which we share the planet. Gives us the past, which is by its very nature different from anything that exists today and therefore ripe for discovery. When we get DNA and genome sequences from animals that lived 100,000 years ago, we can learn a lot about how the world changed during that time.

We’re able to get genomic data from animals and plants that were alive, and then we get a snapshot of what the world was like when they were alive, and how things have changed between then and now. And when we think about what we could do to protect and preserve species today, we can think of the past as a kind of completed evolutionary experiment. Hopefully, when we learn more about the past and how populations, species, and entire ecosystems have been impacted by things like past rapid warming events, or the last ice age, or the first appearance of people in a landscape, so hopefully we can use what we learn from the past to make better, more informed decisions about how to protect and conserve species in the present.