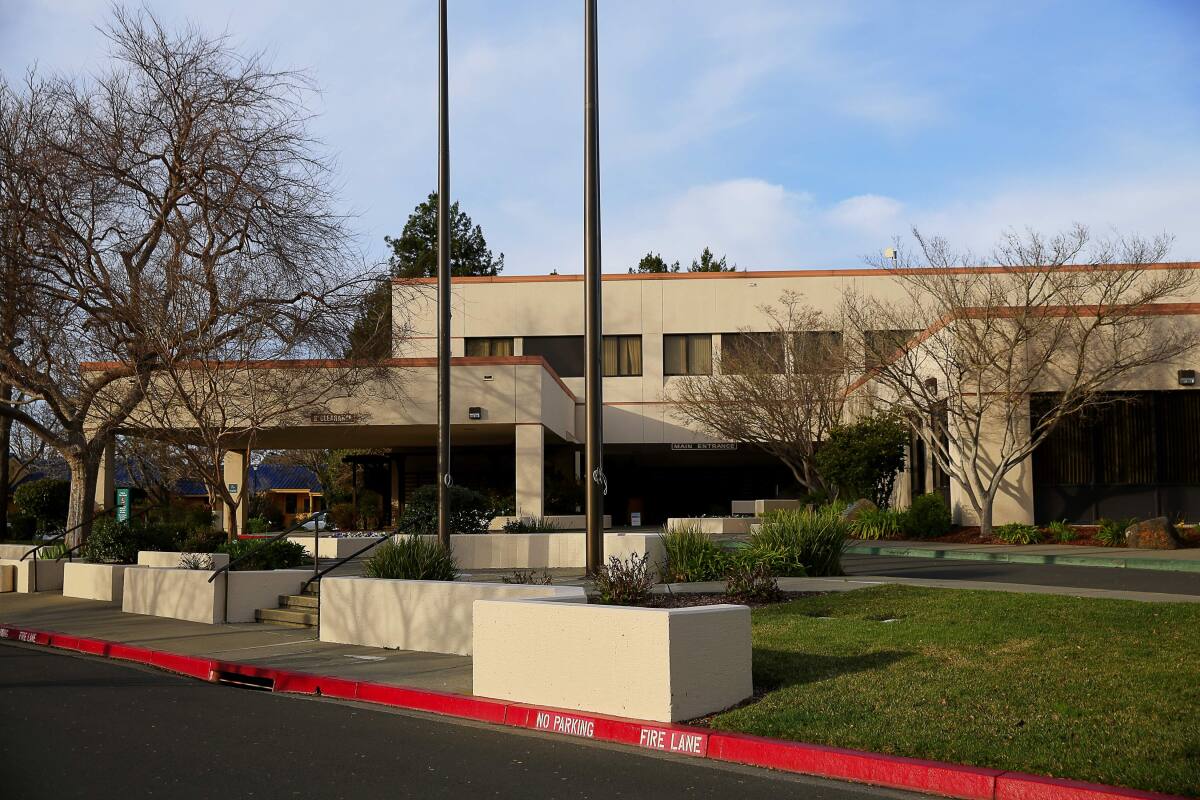 Nurses plan to picket Petaluma Valley Hospital on Friday, marking the most visible escalation yet in the long-running struggle over working conditions that has been the subject of mediation hearings and disputes. federal arbitration.

In an announcement this week, the hospital’s nurses’ union said the ‘information picket’ was aimed at informing the community of the issues workers are facing.

“We are holding this picket to inform the community of the multiple issues we are currently facing as we strive to provide safe care to our patients and ensure the maintenance of the contract of employment that nurses depend on to keep their patients safe. licenses and their livelihoods,” said Jim Goerlich, president of the Petaluma Nurse Staff Partnership, which represents 130 nurses at Petaluma Valley Hospital.

Union leaders point to the hospital’s shift last spring to a new dialysis care process, which integrates hospital staff into the care regiment; his pandemic-era decision to cut paid vacations; and concerns about the methods used to ensure safe staffing levels at the hospital.

But hospital leaders pushed back, saying the changes to care were well within the scope of the contract and other issues had been the subject of extensive communication between the two parties. In written responses to questions, hospital officials pushed back against numerous claims, including the ongoing dispute centering on dialysis treatment, which the hospital said was within the terms of the contract.

“Furthermore, hospital management and nurses have met several times to discuss and assess the effects of this change in providers, and have implemented many of the nurses’ recommendations, including education and staffing. in staff,” according to the statement.

The nurses plan to picket the hospital, at 400 N. McDowell Blvd., from 9 a.m. to 5 p.m. Friday, and will be joined by a local radio station, which will broadcast live from the site.

The protest marks the culmination of National Nurses Week and union officials are asking residents to join them on the picket line.

“We encourage and hope that as many members of our community as possible will come and witness the fulfillment of our sworn duty as patient advocates,” according to the union’s announcement.

Since the two sides ended four years of contentious negotiations with a contractual agreement last March, the relationship between the hospital’s management and its nurses’ union has been riven with contention.

It all started with the hospital’s decision to change the way dialysis treatment is delivered. As part of the process rolled out last spring at Providence-owned Petaluma Valley and Santa Rosa Memorial hospitals, floor nurses were for the first time to play a role in dialysis care that has traditionally been delivered by certified dialysis nurses. of subcontractors.

The decision raised concerns among nursing staff, who are less trained in the specialist procedure, and prompted the nurses’ union to file a formal grievance – as well as a complaint to the National Labor Relations Board – which should now be resolved. at the federal level. arbitration hearings.

In a mediation hearing on Monday, the two sides reached an agreement on retiree benefits, but outstanding issues related to paid leave and shift work discrepancies remain.

The union alleges Providence took on nurses’ accounts without consent and canceled nurses’ shifts, both breaches of the contract. Goerlich said the PTO issue stems from the hospital’s decision to force workers to tap into the PTO when they were forced to stay home with coronavirus-like symptoms.

“Some nurses lost entire salaries because they weren’t allowed to return to work,” Goerlich said in a phone interview. “What we’re asking the hospital to do is do the right thing and heal these nurses.”

Providence management said the hospital has complied with all applicable state laws regarding paid time off and is committed to reviewing any sick leave issues and resolving such disputes.

“The union argues that the nurses pictured may have been required to use the PTO when absent for COVID or COVID-like symptoms, however, the union did not provide a list of nurses to the hospital for examination and investigation,” the statement said. . “The hospital is committed to reviewing the list once received and responding appropriately.”

Goerlich said he wasn’t sure how many people would join the picket line on Friday, but he expects the move to draw attention and help nurses achieve their goals.

“We are happy to be able to shed some light on these things”, Goerlich. “Once Providence knows the public is paying attention, they’re usually friendlier in making the necessary changes.”

Tyler Silvy is editor of the Petaluma Argus-Courier. Reach him at tyler.silvy@arguscourier.com, 707-776-8458, or @tylersilvy on Twitter.