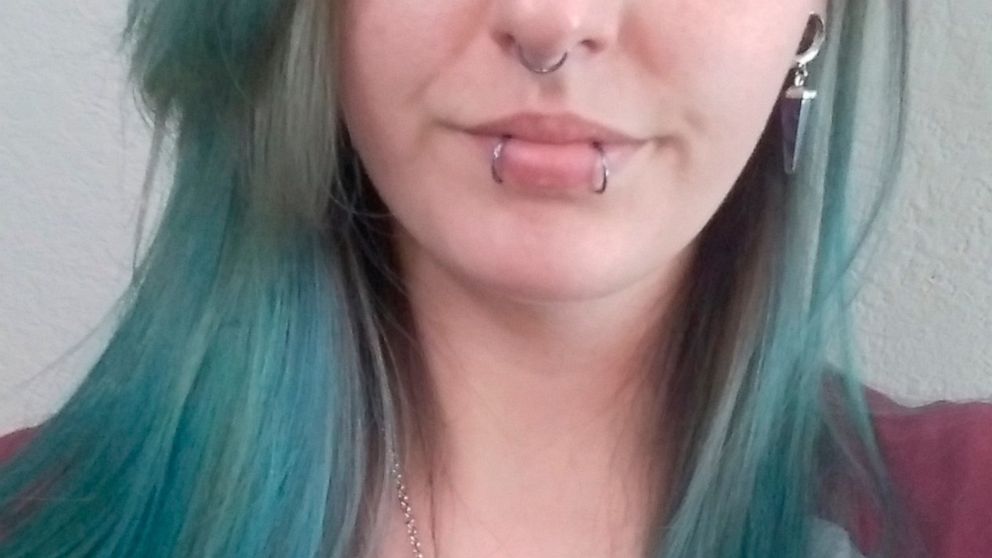 Maggie Drew’s father sent her to the Circle of Hope Girls’ Ranch in Missouri in 2007, hoping that strict Christian teachings would stop his 14-year-old daughter’s teenage rebellion.

Instead, Drew said, she found herself in a nightmare, sexually abused by one of the boarding school founders and left with permanent spinal injuries after falling from a hay barn for which she received no medical attention.

Just 25 miles away, at another Christian boarding school, Brett Harper says he suffered abuse, including staff stomping on his back.

They are among dozens of people who say they were abused at Circle of Hope or Agape Boarding School – allegations that helped spark a new Missouri law aimed at curbing religious boarding schools that for decades have done nothing. subject to any state supervision.

“I still have nightmares about those people and the things they did to us,” Drew said.

The founders of Circle of Hope face around 100 charges, some of which allege sexual abuse. Agape’s doctor is charged with child sex crimes and five employees are charged with assault, though the Missouri attorney general believes many more workers should have been charged.

The schools are unrelated and not affiliated with any particular Christian denomination. But both opened in southwest Missouri under a 1982 state law that gave religious boarding schools a free rein and the state no way to oversee how children were raised. Even the health department had no oversight, including for schools that claimed to treat mental health, behavioral and addictions issues.

Lawmakers heard from former students such as Chanel Mare, who said Circle of Hope girls were forced to eat their own vomit; and James Matthew Lawson, who said he was raped in Agape and called a “seizure boy” because of his epilepsy.

The Associated Press doesn’t usually name victims of sexual abuse, but both Larson and Drew have come forward publicly to discuss the allegations.

Yet unlike Missouri and many other states, its professional association requires a state license for all of its 150 member schools, including religious schools. Agape is not a member, nor is Circle of Hope.

Boyd and Stephanie Householder opened Circle of Hope in 2006 in the remote town of Humansville. “We use the BIBLE to teach (girls) that they should obey their parents and authority over them,” said the school’s website, which has been taken down.

Sixteen former residents claimed to have been handcuffed, whipped with belts and punched. Nearly two dozen counts against Boyd Householder accuse him of sexual contact with girls.

Messages left with the household attorney were not returned. In an interview with The Star in August, the couple said the accusers made up their stories.

Drew, now 29, said her life was turned upside down when her brother died in a car accident in 2007. Her grieving father joined a church in Broken Arrow, Oklahoma. Drew said when she refused to wear a skirt and her grades plummeted, church leaders persuaded her father to send her to Circle of Hope.

“It was absolute torture,” said Drew, who also accused the Householders of stealing a $25,000 inheritance from him.

James Clemensen, a retired California soldier, and his wife, Kathy, started Agape in Stockton, Missouri, in 1990. He told a reporter in 2002 that he chose Missouri because of its lack of regulation. He died in October.

Agape serves 120 to 150 boys aged 12 to 17. Its website says it is a non-profit school “designed to show God’s love to teenagers struggling with behavioral issues that may threaten their future.”

The school remains open. Five staff members were charged in September with abusing students. In December, Dr. David Smock was charged with sexual abuse. He pleaded not guilty in March.

Phone messages left with Agape’s manager and Smock’s attorney were not returned.

Harper was 14 when he was sent there from his rural Oregon home in 1999. Now 36, he remembers long hours moving large boulders from pile to pile. another, hauling wood by hand and clearing land. Harper said his injuries made him unable to hold down a job.

“What I went through at Agape prepared me for abusive relationships with people, it prepared me to be an ignorant young man not knowing how the world worked, it destroyed my family relationship,” said Harper.

Missouri’s new law sets minimum health and safety requirements for boarding schools, which still don’t need to be licensed. The law mandates employee background checks; requires adequate food, clothing, and medical care for students; and says parents must be allowed access to their children at any time without notice.

After a state investigation last year, Missouri Attorney General Eric Schmitt recommended charges against 22 Agape employees. But in Missouri, only the local prosecutor can file charges, and Cedar County District Attorney Ty Gaither does not plan to file more.

“The Attorney General has his agenda,” Gaither said. “I am an experienced prosecutor and have filed what I believe to be the appropriate charges.”

James Clidence, who taught math at Agape from 2012 to 2015, said he left after witnessing abuse so concerning that his wife contacted federal, state and local authorities. No one would investigate, he said.

“I am for religious freedom. I am a pastor. But at this point we’re talking about child welfare,” said Clidence, who now leads a Baptist church in Maryland.

Harper is among those wondering if religious boarding schools will come under any real scrutiny in Missouri.

“How many things have to happen before they act? ” He asked.