Laguna Honda doctors have warned SF of an impending crisis 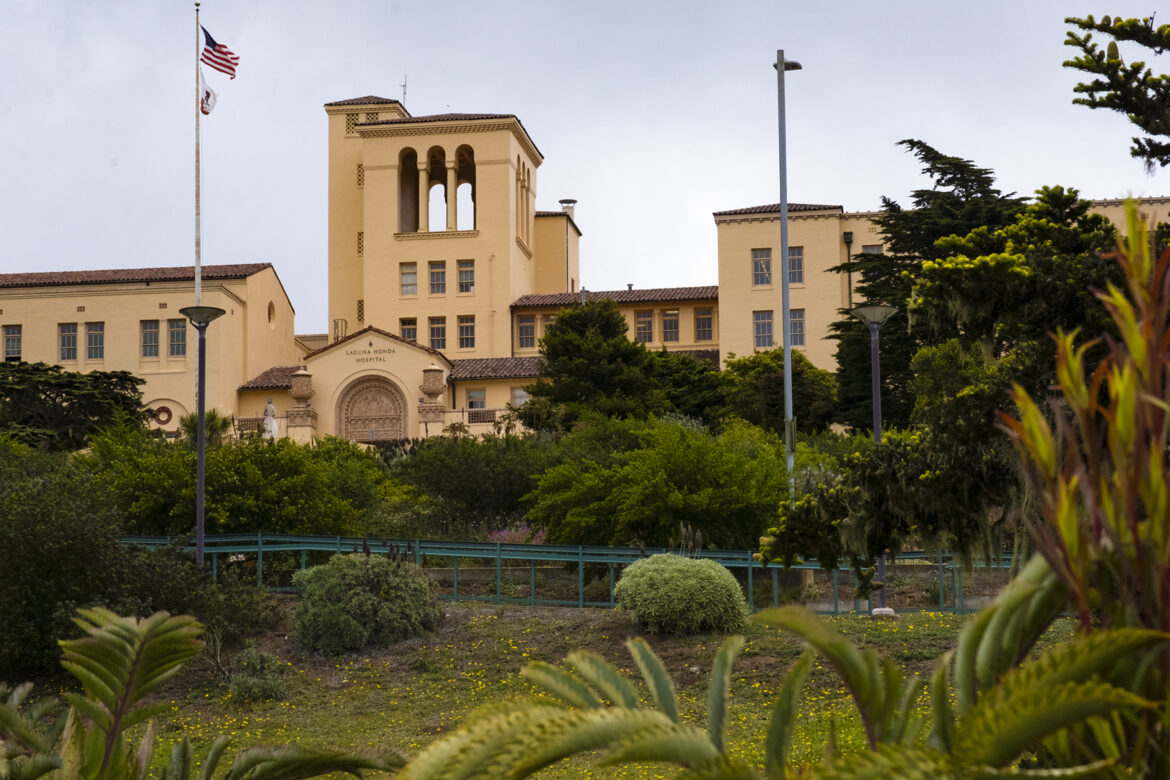 This article is adapted from an episode of our podcast “Civic.” This is the first in a two-part series about the Center for Medicare and Medicaid Services’ decision to withdraw funding for patient care at Laguna Honda Hospital.

Nearly 700 patients residing at Laguna Honda Hospital were thrown into chaos this spring after a series of damning inspections led the Center for Medicare and Medicaid Services to withdraw funding and impose a hospital shutdown plan. ‘establishment.

This is a dire situation for residents of the skilled nursing facility who have specialized needs that make them difficult to place elsewhere. Hospital administrators are scrambling to get the recertification needed to continue receiving federal funding.

Two former Laguna Honda doctors say they have continued to warn city officials of the impending crisis after first reporting it 18 years ago. That’s when a Department of Public Health policy began to admit patients to Laguna Honda whose needs were outside the scope of a typical seniors’ nursing home.

“This shutdown was predictable,” former Laguna Honda physician Dr. Teresa Palmer said at a June 14 San Francisco Board of Supervisors hearing. “Normally, a nursing home is mostly filled with women over 85 with a majority of men in their 40s and 60s. The city needs to provide funding and a place for people with substance use issues and conduct disorders.

The road to decertification began in July 2021 when two patients overdosed non-fatally on fentanyl and methamphetamine. This triggered an inspection by the California Department of Public Health. In documents obtained by public press, the Center for Medicare and Medicaid Services reported that the inspection revealed that 13 of 37 patients sampled had tested positive for illicit drugs, and that 23 of those patients had contraband items. , including drugs, syringes and other drug paraphernalia.

Hospital officials were given until April 14 to resolve all of its violations while regulators continued to carry out periodic inspections. Follow-up investigations revealed other serious breaches. Among them was an incident in which a patient smoked fentanyl during a psychiatric appointment. And hospital staff admitted they were unable to control illicit drug use among patients. Regulators declared a state of immediate danger in March. In April, the hospital resolved drug and contraband issues, but inspectors discovered other hygiene issues. This led the federal center to decertify the hospital and announce that it would withdraw funding for patient care. Regulators then gave the hospital a four-month cushion with funding through September 13.

The San Francisco Department of Public Health owns and oversees Laguna Honda, and the city contributed $33 million to its $296 million budget last year. But according to its latest annual report, about 99% of the hospital’s reimbursements for patient care came from Medicare and Medicaid — aka MediCal, which is covered by a combination of state and federal funds.

The city cannot cover the $15 million a month in federal funds used to run the facility, but it is spending $5.6 million on two consultants with expertise in Center for Medicare and Medicaid Services procedures to resolve issues before applying for recertification and a commitment to continue funding past their September deadline.

Palmer, who was a geriatric doctor at Laguna Honda from 1989 to 2004, said the current crisis could have been averted if the city had heeded the warnings issued 18 years ago when the Department of Public Health began to intervene to change the hospital’s admission policy.

In 2004, admissions policy changes were made in response to a city health department audit that found that some non-acute patients at San Francisco General Hospital were in care beds treble. Because they didn’t need acute care, Medicare didn’t cover their $1,300-a-day payments. The cost was subsidized by the city at the rate of millions of dollars per year. The Ministry of Public Health corrected this mismanagement by transferring patients who did not require acute care to Laguna Honda. These patients included people with long-term psychiatric needs, behavioral disorders and substance abuse issues.

It was a practice called the “flow project”, according to Dr Derek Kerr, who worked at the hospital for 10 years until he was fired in 2010 for exposing a case of financial mismanagement without report. He won a subsequent lawsuit for his wrongful dismissal and became an investigative reporter for the Westside Observer, a San Francisco news outlet. He has a particular interest in Laguna Honda. And full disclosure, he also donated to the public press.

Kerr said that before the 2004 flow project, Laguna Honda had an admissions committee that screened out patients “who are violent, who set fires, who use drugs.” When the Department of Public Health assumed those responsibilities, patients were admitted “regardless of behavioral problems”, he said. Staff were not equipped to care for patients with serious and long-term psychiatric needs.

“So that led to an upsurge in violence, drug use and bullying,” Kerr said.

Complaints that followed drew the attention of the state Occupational Safety and Health Administration and other regulatory agencies, he said, as well as protests from medical personnel, and a lawsuit was filed against the Department of Public Health. Then, in 2006, residents and former doctors proposed an election measure that would have barred admission to people with psychiatric or behavioral diagnoses, people who posed a threat to themselves or others, and people requiring short-term care. Opponents said the legislation was too broad and would have had unintended consequences, including the firing of hundreds of patients who were in dire need of treatment. Voters did not support the ballot measure. Nonetheless, new safety and security measures were enacted and the flow project was officially canceled, but, Kerr said, patient admission practices have not changed.

The Department of Public Health declined a request for an interview, but emailed an unsigned statement that “the hospital takes all findings of or [sic] regulators very seriously and we are making immediate improvements to address concerns”.

At the June 14 supervisory board meeting, new Laguna Honda CEO Roland Pickens said officials plan to address issues with the changing patient population by splitting patients into two rounds in based on their health care needs. He said it would “minimize regulatory non-compliance with respect to substance use and behavioral disorders.”

During the hearing, Supervisor Myrna Melgar, who represents the Laguna Honda District, emphasized the idea that a certain segment of the population should not be admitted to the hospital.

“The cure is not to serve a different population,” she said. “It’s about coming up with systems that take care of a population that we have today. It’s who we are, it’s our San Francisco values, it’s what we should be. And we need to do more in fact, not less.

San Francisco is working to add hundreds of mental health and addiction treatment beds across the city. In the 2022-23 budget, the Mayor of London Breed allocated $57.5 million to operate newly acquired behavioral health facilities totaling 360 beds.

Next, we’ll look at the hospital’s efforts to meet a Center for Medicare and Medicaid Services directive to move all patients out of the facility before seeking recertification in the fall.