Marilyn J. Zang
Screening interview
Comments Off on Interview With the Vampire gets the small-screen treatment, with The Newsreader’s Sam Reid playing Lestat

Interview With the Vampire gets the small-screen treatment, with The Newsreader’s Sam Reid playing Lestat 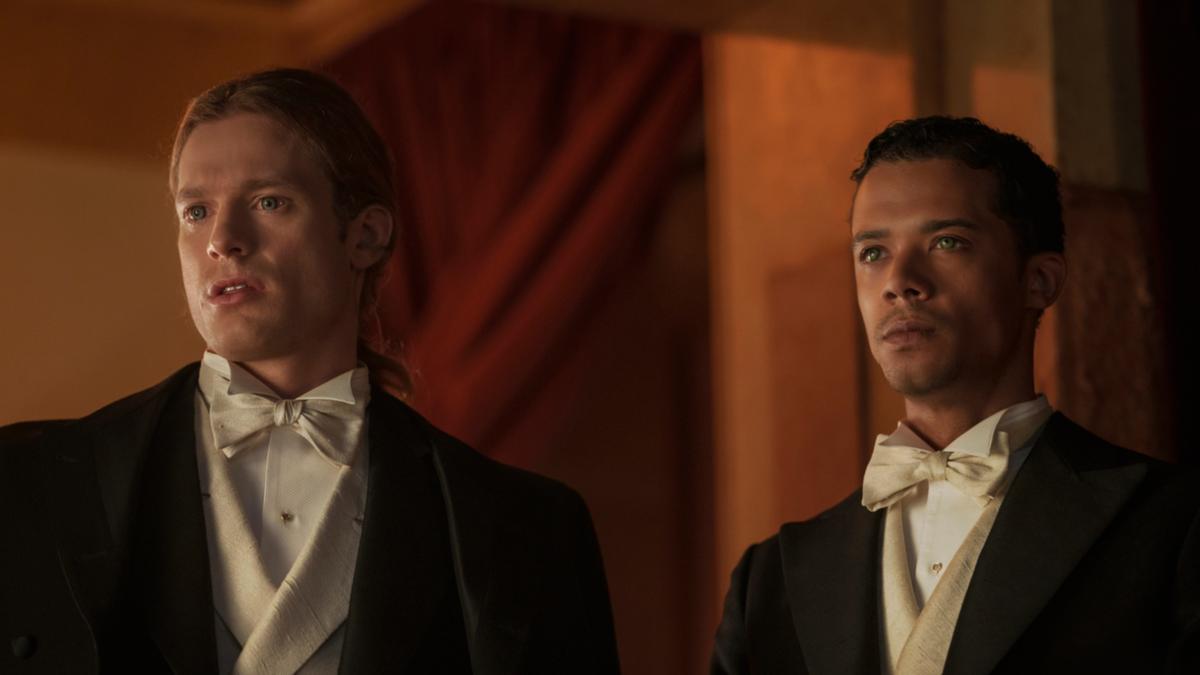 Interview with the Vampire

Remember when the Twilight saga books were adapted for the big screen and all the teenage girls across the universe collectively lost their minds? They were all about Robert Pattinson’s portrayal of Edward Cullen, the sexy vampire who fell in love with an ordinary American teenager called Bella Swan, who was played with sulky perfection by Kristen Stewart.

The hype was far beyond me – I was too old to care about RPatz and KStew, and in the years that followed, the only vampire that peeked into our house was Drac and his animated pals at Hotel Transylvania (god I love those kids movies).

Maybe that’s why the new TV adaptation of Interview with the Vampire escaped me. It premiered a few weeks ago on AMC+ and sailed right over my head. But damn it – it’s a treat.

AMC snagged the rights to Anne Rice’s famous books a few years ago, and this TV adaptation — it was a blockbuster film starring Brad Pitt and Tom Cruise in the ’90s — is the first cab of the row. It stars Australian actor Sam Reid as the vampire Lestat de Lioncourt. Aren’t you ringing bells? He’s the guy who plays Dale Jennings on ABC’s award-winning drama The Newsreader; and HELLO, how did I not know he was in there?

It has a great premise and sees Eric Bogosian (who, quietly, is an Anthony Bourdain lookalike) step into the role of interviewer. It tells the life story of Louis de Pointe du Lac (Jacob Anderson), an African-American turned vampire who was fooling around with Lestat in New Orleans about 120 years ago. He tells his story in the present day – in his high-tech apartment in Dubai, among all.

Given that these characters are destined to live for eternity – assuming they don’t accidentally open a curtain and come out into the light of day – the possibilities for scenarios are endless. And frankly? I am here for this. Because unlike Twilight, it doesn’t – pardon the pun – suck.

You will also be mesmerized from the start.

Murder in the Dark: But Make It a Reality Show! That’s the premise of this excellent, refreshingly original reality series, starring Rodger Corser as host. He sees a group of super interesting people stumble into a country mansion. All they have to do is last until the end of the game. That’s it! Simple isn’t it? But there is a twist. Four of the guests are secretly traitors, and they have to “kill” someone every night. It’s up to others to figure out who they are and vote them out before they’re offended. This show has it all: deception, betrayal. . . Rodger Corser in a three-piece suit. Need I say more?

I absolutely loved the first episode of ABC’s new Sunday night drama, about a group of estranged family members who are called upon to care for their niece and nephew after their mother goes missing. An incredible cast and a fabulous screenplay. Have.

Love us a good home makeover show. And this one, with newcomers designer Rosie Morley (Bob Morley’s sister!) and landscaper Paddy Milne, is a brilliant addition to the genre. Hipper and cooler than your average real estate show.

Chloe Grace Moretz stars as Flynne Fisher in the TV adaptation of the 2014 novel by sci-fi wizard William Gibson. The people behind Westworld are responsible for that, and it’s cut from the same cloth. Totally addicting – can’t wait for more.