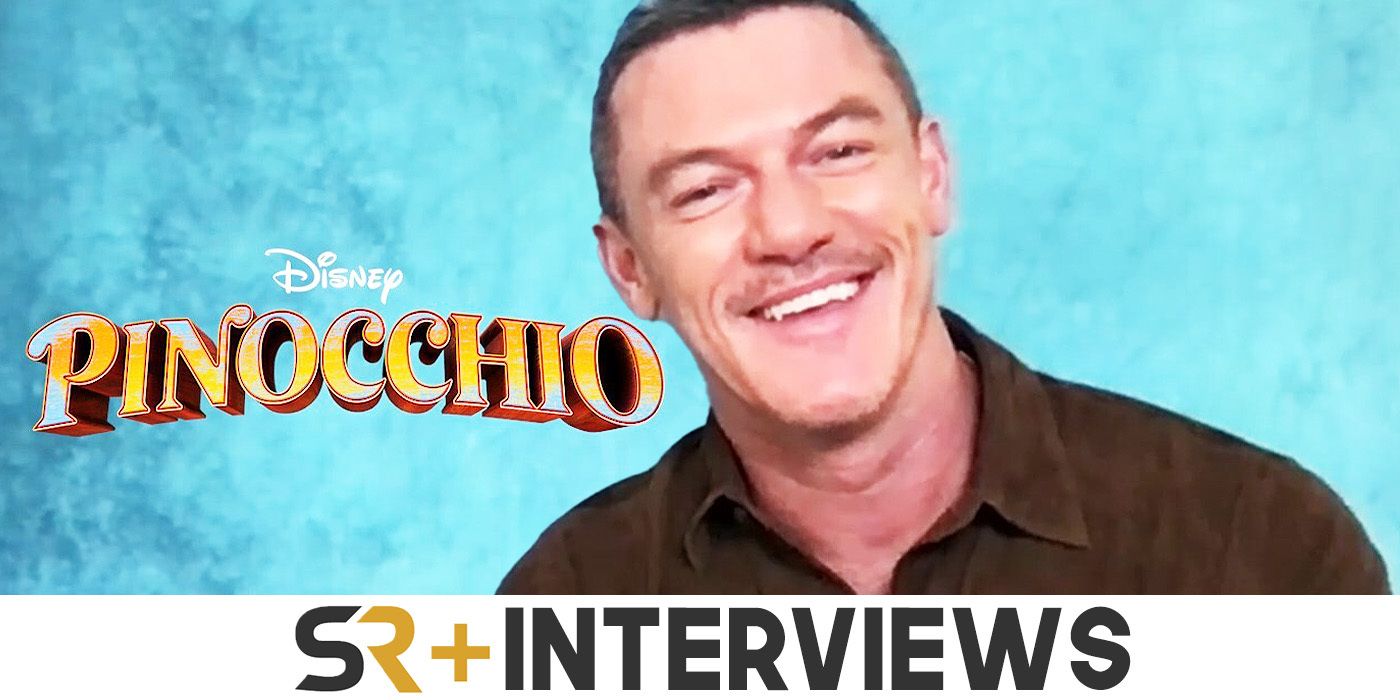 The Pinocchio The live-action remake may make a wooden puppet transforming into a real boy more magical, but it also makes the villains its protagonist has to deal with all the more terrifying. One such criminal is The Coachman, played by The beauty and the Beastis Luke Evans. Already versed in Disney villains, Evans went from self-satisfied Gaston to sadistic coachman, preying on “naughty” boys and girls who would leave home for fun.

Directed by Robert Zemeckis (The witches), the last iteration of Pinocchio also stars Tom Hanks as Gepetto, Joseph Gordon-Levitt as Jiminy Cricket, and Benjamin Evan Ainsworth as the little puppet himself. Children who have never seen the 1940 animated classic and adults reliving their own childhood in new ways can enjoy the new twist on a familiar tale together.

Screen Rant spoke to Evans about the physical transformation he went through to make the Coachman unrecognizable in Pinocchioand on the anticipation of the possible The beauty and the Beast prequel with Gaston and LeFou.

I watch this movie say “Where is Luke Evans? Where is he?” The makeover was fantastic! Tell me about it.

Luke Evans: Part of my request was to not be recognizable. I didn’t want him to look like the other Disney villain I’ve played. When we started with this idea of ​​her aesthetic and look, it was hard for us to stop. It was like, “Maybe we should add some teeth. And a sweaty mustache? And then a hat and dirty fingernails.”

And before we knew it, we had created this creature of the night that makes me almost unrecognizable, that I loved. It was a joy to have such a brilliant and talented costume designer and makeup artists and hairstylists. [stylists] to create this thing. That’s what I was able to use, and it was a wonderful tool that I took full advantage of.

It’s so much fun. The Coachman is probably one of the scariest villains. Pinocchio scared me when I was a kid because, here’s my question: what happens to the boys who turned into donkeys after Pinocchio escaped? Are they just donkeys forever?

Luke Evans: I think that’s a bit selfish of Pinocchio. He falls off a cliff, but at no time does he think of the boys he left at Pleasure Island. They all basically pull salt carts through the mines. It’s basically their future. Creepy. It affected me when I was a kid, and it must have affected you. That’s why we talk about it. Wow, he’s been through some awful, awful things. Those poor boys and girls, by the way, there are girls there too. They are all as naughty as each other.

But when it comes to The Coachman, they deserve to be turned into donkeys.

Creepy. Which Disney villain would you like to tackle next?

Luke Evans: Look, I didn’t think I was going to be able to do it a second time. Let me tell you, it’s not common for an actor to play two Disney villains in two different Disney movies in a live-action remake. I consider myself lucky to have done two. I don’t think I’ll make another one. But you never know. It’s Disney.

It’s a childhood dream. You’re like, “My God, I wish I could come into this world.” And you were able to be on two of these sets. It’s incredible.

Luke Evans: Yeah, it’s really amazing, and I loved every minute of it.

I must say that I love Gaston. Is there an update on the The beauty and the Beast prequel series? Do you think we’ll see Gaston again?

Luke Evans: Yes, I think you will. You absolutely will. It’s just that we have to do it right. We have to make sure it’s the best it can be. And if it takes us longer, that’s how it should be. Because we are responsible for two very important characters and we have a brilliant story to tell. We just want to make sure it’s absolutely correct before delivering it to the fans, who I know are very excited about it. Like us, and we despair of getting there. But watch this space; it will happen.

Academy Award® winner Robert Zemeckis directs this live-action, CGI retelling of the beloved story of a wooden puppet who embarks on a thrilling journey to become a real boy.

Tom Hanks stars as Geppetto, the woodcarver who builds and treats Pinocchio (Benjamin Evan Ainsworth) as if he were his real son. Joseph Gordon-Levitt as Jiminy Cricket, who serves as Pinocchio’s guide as well as his “conscience”; Oscar® nominee Cynthia Erivo is the Blue Fairy; Keegan-Michael Key as “Honest” John; Oscar® nominee Lorraine Bracco is Sofia the Seagull, a new character, and Luke Evans is the coachman.

Check out our other interview with Pinocchio starring Benjamin Evan Ainsworth.

Pinocchio is currently available to stream on Disney+.