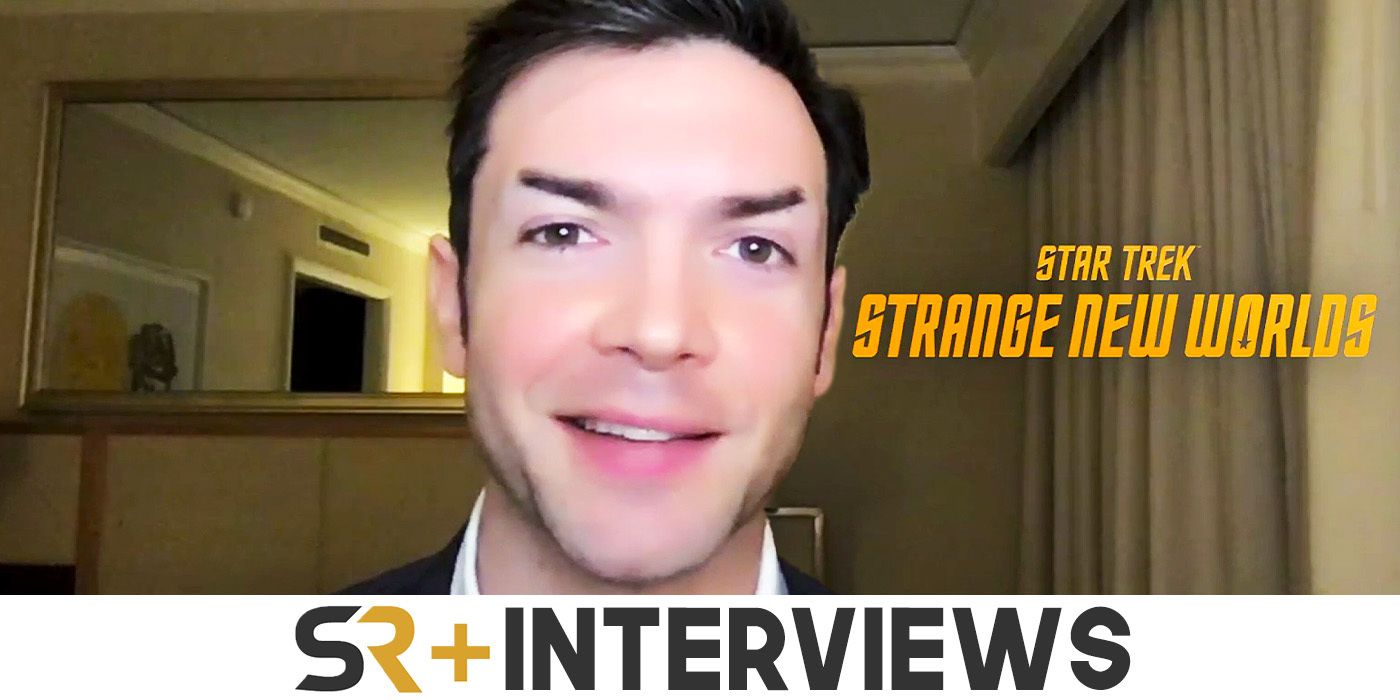 Ethan Peck: I never got to see it, to be honest with you. Unfortunately, I can’t really comment on that. I had heard of it, and that’s it.

So it doesn’t really come into play Strange new worlds as much as you can tell us?

Strange new worlds enters Spock’s relationship with T’Pring, which is pretty exciting. What can we expect to find out about their relationship that The original series didn’t tell us?

Ethan Peck: I think Strange New Worlds provides an opportunity for all of us involved to see deeper into the lives of these characters. Spock included and, obviously for me, the most interesting. How is it behind closed doors? How is he in the room? These are things I think we can speculate on.

You play the younger version of Spock by Leonard Nimoy. Can you tell us how you prepared for the role of Prime Spock? Do you feel the pressure to live up to Nimoy’s portrait?

Ethan Peck: Yeah, I feel tremendous pressure to live up to Nimoy’s portrayal and fan expectations for the role. This has been an important component of this experience and part of my process. When I was first cast in the role, I had no idea why I was auditioning. So I had an interpretation of some scenes given to me that I’m very grateful for that will always be mine. I had experience with these scenes which was me.

Of course, when I found out what character it was, I started doing my due diligence and researching Leonard Nimoy’s portrayal of the character, and that, of course, informed my work. But I will always have the seed of my imagination of what that character was. So yes, it’s an ongoing process.

I haven’t watched the original series in quite a while. Quite frankly, I’m a little scared because after a certain point I felt something alive inside me that was Spock. And I really tried to maintain the integrity of that and to keep the growth of that to myself. I had a very strong impression in me of Leonard Nimoy as a character that I check in with every day, almost every hour when I’m working. But I’m sure it changed over time and became something unique to me.

You are shooting season 2 now, I believe. And they announced that Paul Wesley would be joining the show as Kirk.

Have you taken a chemistry test? Have you been able to feel each other and see if the Kirk/Spock dynamic is really there?

Ethan Peck: I don’t think I can comment on that, but I will say he’s a fantastic guy. We get along well. He takes it very seriously, which I think he does, which is very comforting for me and exciting for me.

Looking ahead, with you and Kirk together and meeting each other, what if the fans fall in love with you two and demand a spinoff? Will it just be called star trek?

Ethan Peck: [laughs] That’s a great question, and I have no idea. It’s so far in the future. We’re just trying to get through those first two seasons. This is a question for the guys above who prepare the shows.

Ethan Peck: I think he’s in kind of a delicate and fragile place, relatively, for him. He just had this huge trauma with his experience with this entity called the Red Angel. [Sonja Sohn] which led to its psychological and emotional denouement. He’s connected to his sister, who I think was hugely important to him discovering his human self and his human side. He then lost it over time.

He was more or less exiled from Vulcan, in a way. He was disconnected from his father which is probably his deepest Vulcan connection. And so you end up with someone who maybe doesn’t feel like they belong somewhere and doesn’t feel like they belong in Starfleet yet, and who’s learning to feel what is to be accepted. Wanting to accept the different parts of himself that seem to be in eternal conflict with each other. It is therefore a very exciting place in his life because he will have to experiment, seek and solve problems on a day-to-day basis in his experiences and the situations in which he finds himself.

The series follows Captain Christopher Pike and the crew of the USS Enterprise spacecraft as they explore new worlds across the galaxy in the decade leading up to Star Trek: The Original Series.

Don’t forget to also check out our interview with star Anson Mount.

John Orquiola is a features team writer and interviewer who has worked for Screen Rant for five years. He began as an assistant director on various independent films. As a lover of film and film theory, John wrote humorous film reviews on his blog, Back of the Head, which got him noticed by Screen Rant. John happily became the Star Trek guy at Screen Rant and he leads the coverage of the various Star Trek series, but he also writes on a wide range of topics from the Marvel Cinematic Universe to Cobra Kai. His other big nerdy love is British TV series like The Crown, Downton Abbey and Killing Eve. John can be found on Twitter @BackoftheHead if you want to see pictures of the food he eats.