Marilyn J. Zang
Screening interview
Comments Off on How I Created the 80s Era in ‘Bheeshma Parvam’: Interview with Joseph Nellickal | entertainment interview

How I Created the 80s Era in ‘Bheeshma Parvam’: Interview with Joseph Nellickal | entertainment interview 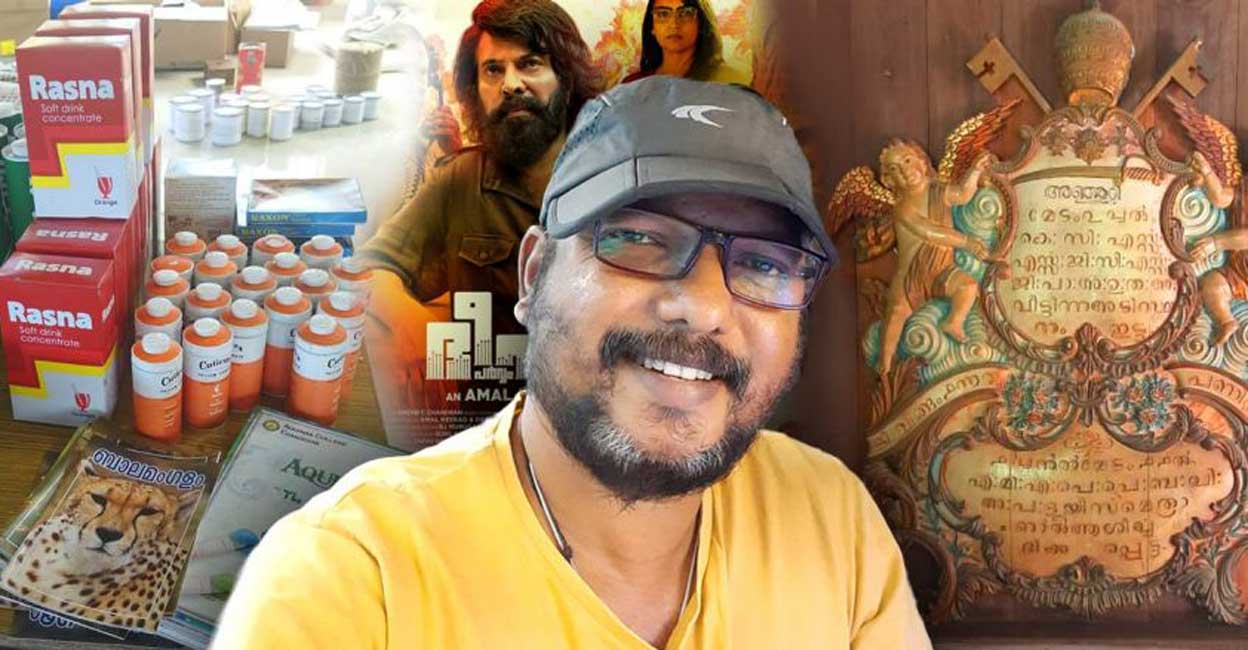 Cinema is an experience. It encourages us to savour, to meditate and often to revisit an era that fills us with nostalgia. ‘Bheeshma Parvam’ is one such film. The movie set in 80s Kochi was a good mix of action, drama, and romance. While the production design was flawless, credit goes to art director Joseph Nellickal who recreated the ’80s Kochi in the film. He talks to Manoramonline about the movie.

Back with the Big B team

I was there in Amal’s first film, ‘Big B’. My inclusion in ‘Bheeshma Parvam’ was rather sudden. So I didn’t really have enough time to do research before the movie started. For ‘Venicile Vyapari’, I recreated the 80s era in Alappuzha. Not only that before ‘Bheeshma Parvam’, I had finished ‘Jailer’, a film set in the 1950s. So I had a clear idea of ​​what exactly was needed for this film. That’s why I agreed to make the film.

The autorickshaw shown at the start of the film itself is quite unique. His meter belongs to this era but it does not show in the film. The interior of the vehicle is plastered with old magazine clippings and movie posters. From the first scene itself, we should be able to transport the audience to that era.


The poster of ‘Aadya Paapam’ was the first accessory to highlight this era. The youngest will be able to meet there. Also, the girl is wearing a plastic blanket belonging to a famous textile store called Vettukatil textiles that existed at the time. The umbrella and fabric worn by Pauly Wilson are also from this period. We have therefore tried to highlight this era through the posters and other accessories used by the characters.

Most of the props seen at Michael’s were rented in and around Mattanchery. You can find several shops there that sell antique pieces. It is not necessary that everything we find there also belongs to the era of the 80s. It all depends on the age of the house. Sometimes you can even find memorabilia from the 50s there.

The objects spread out on Michael’s table were all chosen from the antique shop. But the clothes and accessories used by Shine Tom Chacko belong to the 80s era. Whether it’s silk clothes, a tape recorder or posters. Amal had informed us of the type of posters we should use. Posters are printed on newsprint to avoid gloss. The images that symbolized Christianity were all planted by us.

This house only had the couch, dining table, and chairs shown in the movie. The others are all leased to Mattanchery. This house was actually empty and it has already been used in several films. In fact, I worked in 5 or 6 films that were shot there. “Punjabi House” was the first film shot in this house. Other films include “Pothan Vava”, “Fukri” and “Irupathiyonnam Nootandu”. But changes will be made according to the requirements of each film. The porch in ‘Bheeshma Parvam’, for example, was created.


We shot the film in two stages. During filming, a lot of people were down with Corona and we had to take a break in between. The challenge before me was to invoke the nostalgia of an 80s generation as well as to appeal to today’s generation. We have worked hard to avoid errors in the production design. No one should point out a factual error in the design of the production.

Due to the pandemic, stores have been closed. And it was difficult to accumulate old objects. We eventually collected bottles and plates from neighboring houses.

If you look at the Soubin supermarket, you will notice the details we have given there. The advertisements, the typewriter, the grocery store covers, and the packages all had such details. Even some of the product prices are around Rs 3.50. This is the value rate of that time. A grocery store owner will likely notice details such as prices, products, packaging, etc. As the characters are people you can identify with in real life, it was important that we kept realism in the production design.

The Varkey supermarket is a nostalgic memory of the generations of the 80s and 90s. But today’s generation may not know it. For a 10th grader, anything before a decade would be considered an era/period. Even license plates on cars indicate this period.

For me, the biggest high of ‘Bheeshma Parvam’ was the reunion of Mammootty and Amal Neerad after ‘Big B’, which came out 15 years ago. Then there was the challenge of putting together a set in a short time. I think I managed to meet Amal’s expectations.


A period subject usually requires a lot of preparation. Cinema, anyway, is pretending. We know punches and gunshots are fake, but I think audiences watch movies to understand how good we are at fooling them. But there should be a method to this madness. If you do this incorrectly, it may fail.

We’re turning the Kochi of 2020 into the Kochi of the 80s. It’s all about cleverly pulling wool in the eyes of the public into thinking it’s just been transported into the 80s era. was mostly in and around Ernakulam including Mattanchery, Fort Kochi, Alappuzha, Cherthala, Ezhupunna.

This time we tried something new. Maybe something like this was done for the first time in the world. I designed a virtual animated poster and added audio and lyrics. I’m so happy that I was able to set new standards in motion poster design with this film.

A scene is often created with the help of a production designer. A talented art director should be able to take the scene several notches higher on screen than what was on paper.

Let me give you an example. Puliyoor in ‘Pulimurugan’ is a fictional village. But we are able to convince the public that such a village exists. Since this is a village where tigers are invading, the villagers try not to use colors that attract wild animals. They mostly wear dark colors. In addition, the villagers will carry weapons to protect themselves. So we provided them with sticks and sickles. Although we don’t specifically mention these details, the simple fact that the public is convinced of the existence of a village called Puliyoor shows that we have understood. Everything is designed according to what the story demands.


The Mullankolli village of “Naran” was built in Pollachi. Kadathu Kadavu mentioned in this movie is part of a barrage. We had placed a bamboo stick in the film so that the idea of ​​the name of the village would be ingrained in people’s minds. These are all little tricks to bring the public into the middle. It’s our job to convincingly transport the audience into the narrative and setting of a film.