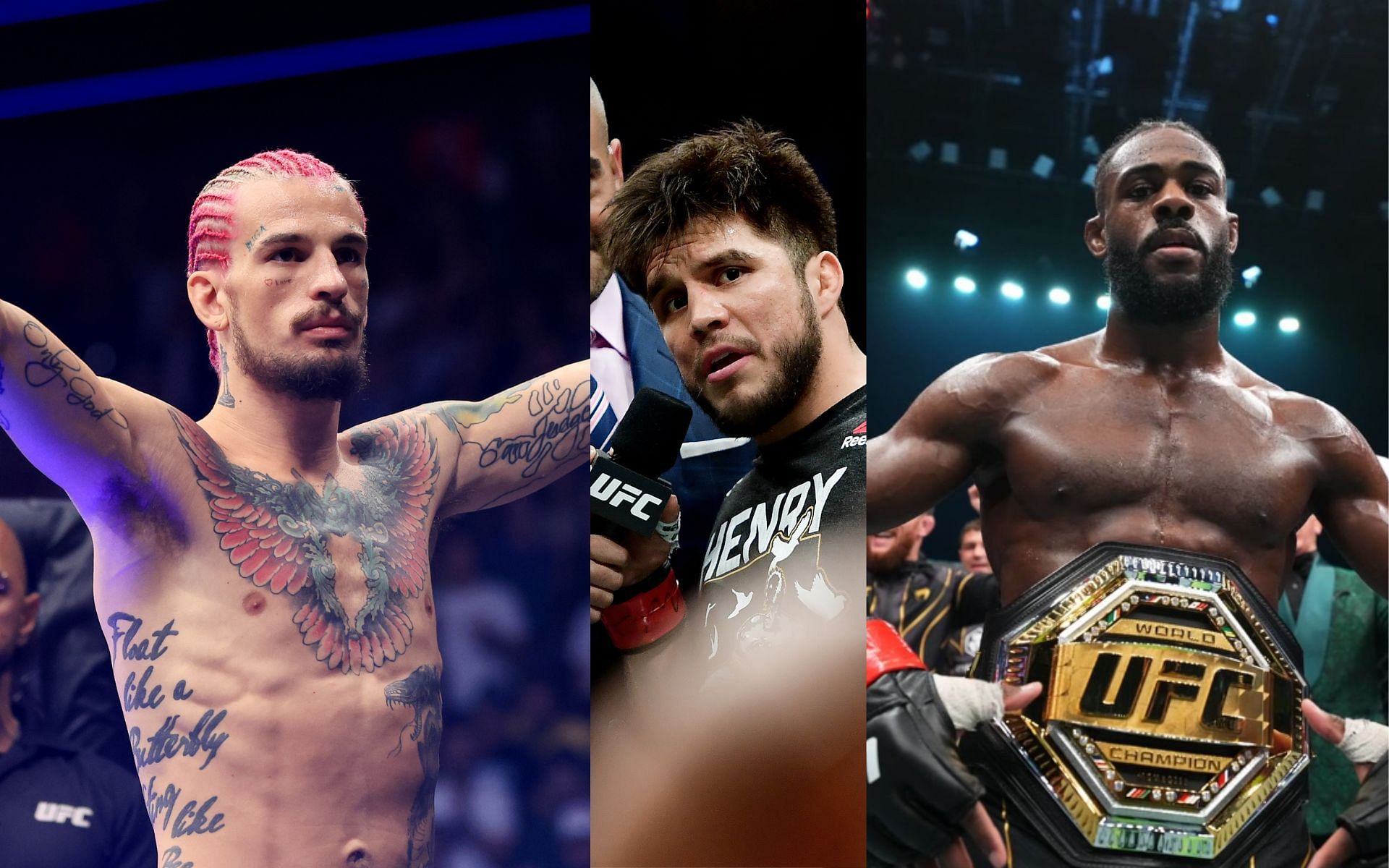 Hearing this, Henry Cejudo took to Twitter to hit out on Sterling’s latest title defense against TJ Dillashaw and call it on his cardio.

“Hey Allshitstain… @funkmasterMMA Are you really going to count your Gimp win as a win? Surprised you didn’t call Oscar Pistorius afterwards. I know you need to work on your cardio but don’t run away from me for 8 months.”

The former two-time champion called Dillashaw a “gimp” and even referenced his shoulder injury which made the fight a one-sided affair.

Hi Allshitstain… @funkmasterMMA Are you really going to count your victory over the Gimp as a victory? Surprised you didn’t call Oscar Pistorius afterwards. I know you need to work on your cardio, but don’t run away from me for 8 months.

Hi Allshitstain… @funkmasterMMA Are you really going to count your victory over the Gimp as a victory? Surprised you didn’t call Oscar Pistorius afterwards. I know you need to work on your cardio, but don’t run away from me for 8 months. 💋

Aljamain Sterling spoke earlier about his future plans in an interview with MMA Junkie. ‘Funk Master’ refused to fight until the following year and played down an encounter with ‘Triple C’.

He also felt that a fight with Sean O’Malley was the most lucrative fight to go:

“I won’t be fighting until the middle of next year… I’ve earned my time off so Henry can go and hit some rocks. Let me ask you, are you looking forward to seeing Sterling vs Cejudo “Is this the biggest fight for you as a fan of the sport? It seems that overall Sean draws better than Cejudo. Outside of his credentials, for a hardcore fan, I’d be excited about this fight. But other than that, in financial terms, I want the biggest fight…I think it’s the Sean O’Malley fight, but again, if I’m wrong, I’m wrong.

Check out his full interview with MMA Junkie on YouTube:

Sean O’Malley pulled off arguably the biggest upset of UFC 280 against No. 1 ranked contender Petr Yan. In a close fight that went the distance, ‘Sugar’ claimed the split decision victory in controversial fashion.

The win helped him dethrone Yan in the rankings as he moved up 10 spots to become the No. 1 bantamweight. O’Malley reacted to the development in a video uploaded to his YouTube channel.

“I woke up this morning ranked No. 1 in the world! S*** is not photoshopped. It feels good. It’s crazy. If I had lost that fight, people would respect my name a lot more.”

“Sugar” also argued that if the result hadn’t gone his way, fans would have given him a lot more credit for his impressive performance. He discussed each individual round and stressed that it was “close combat” rather than flight.

Watch the full episode of BROMALLEY on his YouTube channel:

However, Sean O’Malley’s decision to go into a risky fight against a former champion paid off. Whether or not “Sugar” will receive the next title remains to be seen. However, fans can rest assured that O’Malley will only face the top contenders in the division.