Marilyn J. Zang
Screening interview
Comments Off on Firebird’s Tom Prior and Peeter Rebane talk adapting the real-life story to the big screen 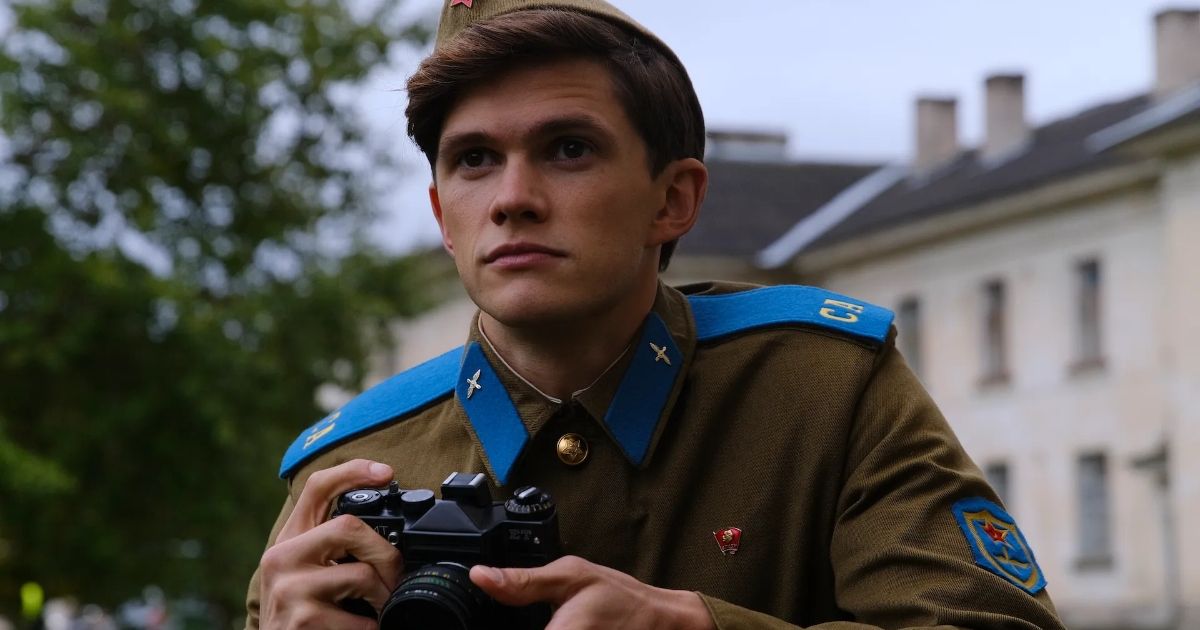 Almost a decade ago Bird of Fire first took off. The gay Cold War military drama began with director Peeter Rebane, who, as he mentions in our interview ahead of the film’s theatrical release, spent an entire weekend immersed in the memoirs of Sergey Fetisov. Roman’s story. “It made me cry,” Rebane said. “It was such a touching, tragic, beautiful, yet sad story – and then I started writing.” Armed with a first draft, Rebane was introduced to a Los Angeles producer and Tom Prior, who would become Bird of Firelead actor, producer and co-writer.

“There were a lot of different elements that kind of fell into place for me,” Prior says, referring to the Cold War context of Bird of Fire‘s story and the “line between friendship and something more” in particular. From there, the pair shot a few scenes together as a proof of concept to pitch to potential financiers. With assured financial support, they moved on to finalizing the script. “I started making suggestions on how we could improve the dialogue in certain places, and [it] plunged me into a very deep hole of two and a half years of rewriting together – which was an absolute joy.”

Bird of Fire tells the romance between Sergey (Prior), an end-of-service conscript soldier who dreams of becoming an actor, and Roman (Oleg Zagorodnii), a talented and charismatic fighter pilot who hopes to rise through the military ranks. The story is set during the height of the Cold War at an air base in the Soviet Union, where Sergey is assigned to be Roman’s driver and guide during his visit to the base. The pair find themselves drawn to each other and their acquaintance quickly turns into a friendship which soon after blossoms into something more. To complicate matters, Roman becomes the target of the KGB’s anti-gay investigation. Given his military ambitions, he decides to marry a Luisa (Diana Pozharskaya), the secretary of the airbase, who does not know about it, thus sparking a tense love triangle that the two must deal with even after the end of the Sergey’s military service.

Prior and Rebane met the real Sergey before filming began

“We had very few requests from Sergey about what we could do with the story,” Prior said of meeting Rebane with Fetisov in Russia during Bird of Firethe pre-production stage. “But he made a specific request, which was: do the love story, not the politics.” This is, to some extent, a tall order, particularly at a time when, as Human Rights Watch has pointed out, Russia’s 2013 “gay propaganda” law has since prompted – indeed, reinforced – homophobia and social hostility towards members of the queer community. . “We knew [Firebird] would be seen in the eyes of politics, but we never wanted to make a political statement out of it. It was more about telling this amazing story about two people who really care about each other.

Prior and Rebane nevertheless accomplished exactly that: watching the movie, Bird of Fire is above all an intimate and sensitive look at what it means to love and be loved, period. “It was our intention: to tell a love story between two people, regardless of their sexuality,” explains Rebane. “It’s really about two souls taking care of each other.” The idea of ​​the universality of love ultimately influenced his and Prior’s approach to shooting the film. “We decided to make sure they were character-driven and really about this intimacy of two souls coming together,” Prior said of Bird of Fire‘s most intimate scenes. “It wasn’t necessarily a question of physical elements, but [instead] experience [of] when you just want to be so close to someone.”

Unfortunately, some people in Russia did not align themselves with this point of view. Indeed, during Bird of FireDuring the film’s screening at the 2021 Moscow International Film Festival, the film was met with protesters, who condemned the film for its gay love story and went so far as to write a letter to the state prosecutor’s office. state to block the film from being seen, alleging it was “gay propaganda”. According to Rebane, the festival was forced to “play the film to an empty audience”.

As ‘mind-blowing’ as the experience was for Prior and Rebane, the pair are, in a way, excited about it and are more determined to make sure Bird of Fire is seen. Mainstream-changing queer films have, after all, always been an uphill battle: LGBTQ+ films of the 2000s fought to be seen, paving the way for those of the 2010s – none of this would have been possible without the historically clandestine efforts of the independent and seemingly niche films of the New Queer Cinema.

“This is the very film that Russia really hopes to ban, would really like to ban and has already banned from their festival in Moscow. So if anyone has any doubts as to why they would go to see a film about Russia, especially at this time – [Firebird] is the very film they want banned,” Prior says. “There’s no Russian money in the film – it was a UK co-production Sterling – and just to hammer it a bit: it’s a vote of progress against all that is past.”

Jericho is a freelance writer and editor. His love for cinema began with weekends at the movies with his father when he was young. This translated into a love for storytelling in general. In addition to journalism, he has written for stage and screen and helped authors develop their novels. It can be attached to jerichotadeo [at] gmail [dotcom].