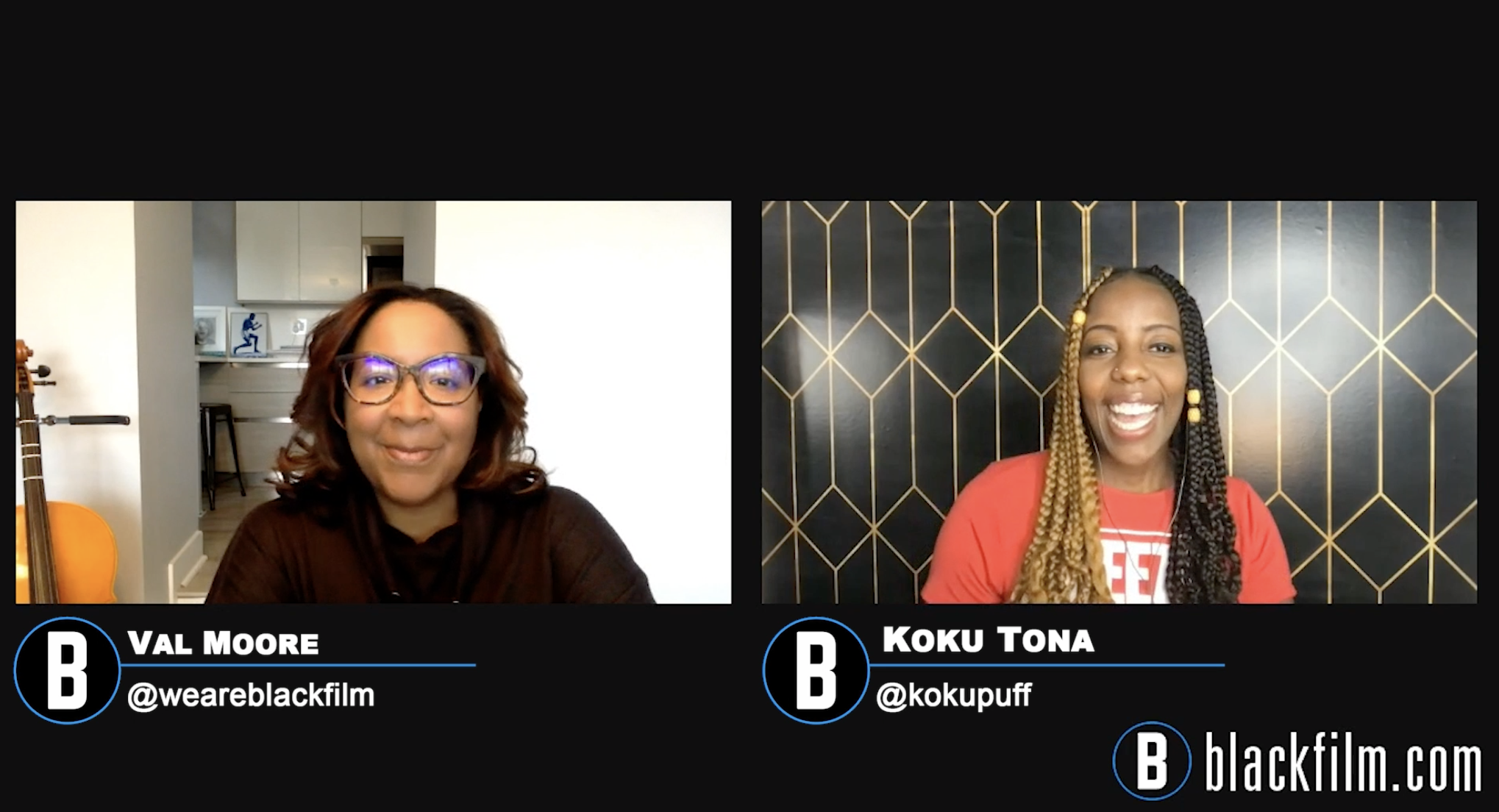 blackfilm.com CEO Val Moore chats with media correspondent Koku Tona. Get to know the brains behind the brand, as Val shares her thoughts here on current events like The Slap, social media accountability, mental health, and more!

Check out this conversation and let us know what you think!

Since our inception in 1998, blackfilm.com has been a leading medium connecting the filmmaking community with audiences interested in their work.

Today, blackfilm.com is a respected media and publisher of film, television, theater and digital content, news and entertainment. Our mission is to promote and support diversity in film. We have and will continue to bring groundbreaking films to audiences that might not otherwise be available.

Lily – With a library of over 9,000 articles, interviews with top talent and film reviews, blackfilm.com offers the best in news, editorial and entertainment content from the film, television and theater scenes.

Watch – blackfilm.com offers video streaming of interviews with actors and directors, film trailers and excerpts from studio and independent films.

Everywhere -In 1999, blackfilm.com presented its first national series of film screenings featuring the works of independent filmmakers of color. The film series has screened at Lincoln Center in New York, the Writer’s Guild of America in Los Angeles, the Museum of Contemporary Art in Chicago, the Rialto Center in Atlanta, the US Navy Memorial Foundation in DC and the ‘African-American Museum in Detroit. Offline and in a traditional setting, blackfilm.com Everywhere provides direct exposure to independent studio and Hollywood releases through film screenings and special events, as well as targeted lifestyle marketing campaigns.