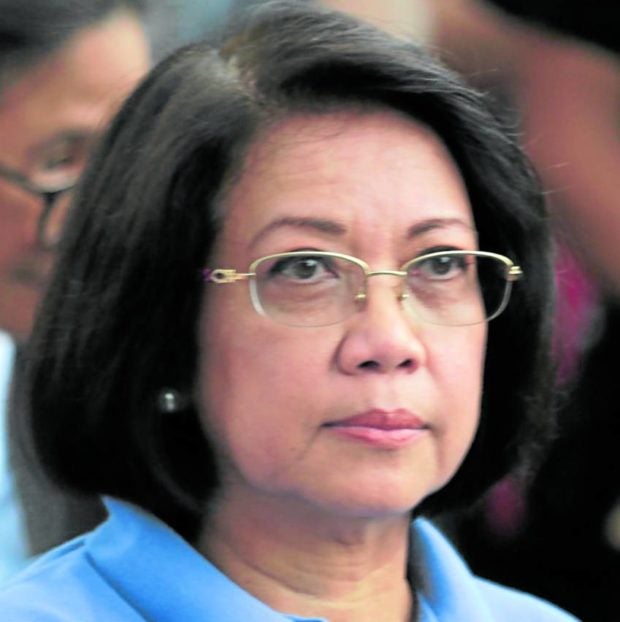 BAGUIO CITY, Benguet, Philippines – The growing public acceptance of authoritarianism is one of the pressing issues that must be addressed immediately by civil rights activists, regardless of the winners of the May 9 elections.

She described it as a “stark reversal” from surveys conducted between 1986 and 1989 which showed citizens embracing democracy and vowing “not to participate in authoritarianism”.

These are the years following the Edsa People Power revolution that led to the ousting of late dictator Ferdinand Marcos who imposed martial law, and whose son and namesake is currently the frontrunner in the presidential race, according to polls.

Sereno attributed the change in behavior to populist leaders who had “degraded” democratic institutions to the point where “much of the population accepts that authoritarianism is acceptable”.

“We had two administrations that were powerful enough to reduce [truth and democratic] values,” she said, without adding details.

According to her, the false and distorted narratives of martial law, which have flooded many social media platforms, are also to blame despite empirical data showing numerous atrocities and looting committed while the Marcos family was in power for two decades.

“I read those records,” Sereno said, adding that she had done “a first-hand review” of the martial law records she had access to as chief justice.

During her legal career, she was also “able to document and interview victims of torture”.

Sereno pointed out that there is in fact a law, which has been underused, that requires these stories of martial law to be part of the education system.

Section 27 of Republic Act No. 10368 (the 2013 law that provides for the reparation and recognition of victims of martial law) requires that a memorial commission for victims of human rights violations “Works with the Ministry of Education and the Higher Education Commission to ensure that education about the atrocities of martial law is included in basic, secondary and higher education curricula.

Teaching students about martial law and the stories of its victims would help fend off large-scale misinformation, Sereno said.

“We need to communicate the truth – fight historical denial. Strengthen community recognition of truth, such as martial law. We must take action against government officials who desecrate the memory of victims of martial law or attempt to subvert the clear policy of the law,” she said.

Sereno said the ultimate goal of human rights defenders would be to make the public understand that their value system must prioritize “justice and the humane treatment of everyone else”.