Marilyn J. Zang
Behavioral interview
Comments Off on A calm, lucid and humble victory for leaders and coaches

A calm, lucid and humble victory for leaders and coaches 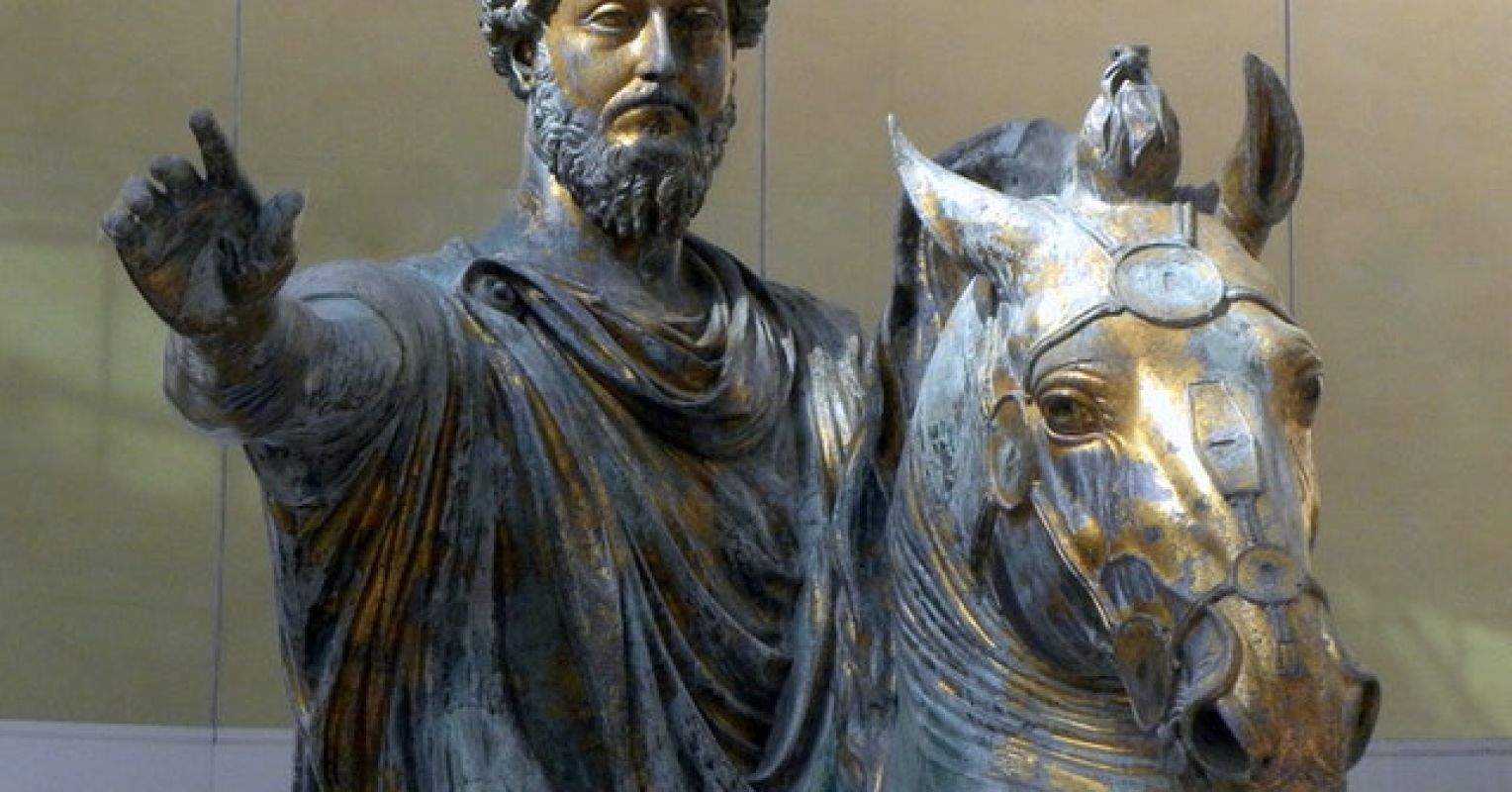 “The closer a man is to a calm mind, the closer he is to strength.”

Timeless wisdom – minus the patriarchal formulation – of “philosopher king” Marcus Aurelius, the most powerful person in the world during his tenure as Roman Emperor from 161-180.

Rephrase with gender-neutral sensitivity: the closer a person is to a calm mind, the closer they are to strength.

Great advice for leaders, coaches, athletes, military personnel, parents, and doctors. Do you want a surgeon to throw a tantrum and throw surgical tools if something goes wrong during your open-heart surgery?

Aurèle practiced stoicism, a philosophy aimed at an effective life for all, not just the powerful. According to Ryan Holiday (2016), stoicism was not an academic or intellectual pursuit for Aurelius, it was an effort to form a calm, collected, and humble approach to effectively handling stressful responsibilities and leadership challenges.

A scientist’s point of view

Joseph Dagen, Ph.D., is a behavioral psychologist, spending the last 12 years of his professional career researching and nurturing safety-conscious leadership in dangerous environments where life and death are at stake, including the oil and gas, military, aviation, and aerospace industries. He has developed and managed leadership development programs for tens of thousands of these employees.

“The overall goal of a leader is to help the group improve,” Dagen explained in an interview for this post. “It doesn’t matter if it’s in a dangerous environmental industry or in athletics, that role is kind of the same in that they (leaders) are there to help achieve an outcome, and it’s their role to help the team to achieve this.”

“Great leaders create great athletes, great surgeons, great weightlifters,” Dagen observed. “The more I learned about high-level people, the more I realized they had similar views. I hear astronauts talking and it sounds a lot like champion weightlifters because the underlying views are almost the same.

People want great leaders in their presence, according to Dagen, especially in times of trouble. Good leadership exudes calm, humility and confidence, qualities that leaders absorb from all those around them in stressful circumstances. It’s as if these traits were contagious.

“In dangerous operations, if a leader creates a punitive work environment – ​​lots of yelling, lots of that type of environment – ​​you’ll get just enough action from employees who reach the lowest level,” said explained Dagen, based on scientific evidence. The quality of work is sacrificed.

The same is true in athletics, according to a seasoned NFL coaching veteran.

“I don’t yell and yell at players when disciplined,” retired NFL coach Sherman Smith said in an interview for this post. “Are you trying to let them know how crazy you are, or are you trying to make them better?” Smith enjoyed a productive eight-year playing career as an NFL wide receiver and made three Super Bowl trips during a 23-year coaching stint with the Houston Oilers, Tennessee Titans, Washington Redskins and Seattle Seahawks.

No one feels worse about a mistake than the wandering person. Angry displays from a coach or leader add unnecessary stress and keep their employees rooted in past events that cannot be changed, instead of encouraging them to move on and focus on the next one. thing. It also poisons the leader’s relationships.

Go to a youth or high school sporting event and you are sure to witness such destructive and disrespectful behavior from coaches, parents, etc. It’s bad leadership, bad parenting, and a role model.

“The power of respect is to never disrespect,” Smith said. “You can correct people without hurting them by being disrespectful.”

“Genuine confidence that comes from years of training and experience is where the calm comes from,” according to Dagen. “The great leaders of dangerous operations are competent and humble. They are confident despite their best efforts, but they are also humble knowing that at some point there is a risk and you have to have a clear head in the moment.

“Even if you know the right moves, how do you know you’re going to handle [a stressful situation] Good?” Dagen explained. “So there’s this healthy confidence and humility coming together. Effectiveness requires clear-headed calm, not instinctive tantrums and other impulsive, angry, or anxious reactions.

The example of a hero of the Second World War

Admiral John William Bays graduated from the United States Naval Academy in 1927 and became the Navy’s youngest (40) Admiral in 1943. On December 7, 1941, he was stationed at Pearl Harbor during the Japanese attack that dragged the United States into the world. Second war.

Bays commanded a destroyer during the Allied invasion of North Africa, then led a task force for the invasion of Italy. He was a top planner and operations officer for the amphibious assault phase of the D-Day invasion of France in 1944.

Bays is the inspiration for this post, stemming from an incident I witnessed when I was 17. It was an act beyond the courage, ingenuity and composure required for acts of war that earned him two bronze stars and other honors. What was the feat in question? The lucid discipline of a troubled teenager (not me).

It was the summer of 1969 at Culver Military Academy (CMA) in Indiana. I was Midshipman First Class in Culver’s Naval Summer School Program, named “Officer of the Day”, serving Admiral Bays, Commandant of CMA Summer Schools.

A young midshipman walked in and asked to speak to Bays. I knocked on the Admiral’s door and he allowed me to enter. After giving Bays the required salute and statement of intent, he told me to bring the boy.

I went to fetch the young man, led him to the commandant’s office. The tall, slender Bays waited in his impressive white navy dress, a look and presence that earned him deep respect.

Bays greeted the boy and asked him what he needed. Without saying a word, the boy grabbed a nearby trash can and threw it at the Admiral’s feet.

Frozen in shock and horror, I stared at the Admiral, holding my breath for what might happen next. The calm and thoughtful image of Bays. looking down at his trash-covered feet is forever etched in my memory. He finally looked up and gently ushered the boy into his office. The Admiral ordered me that under no circumstances should he be interrupted the next hour.

Stunned, I returned to my office, thinking about what had happened. The Admiral’s office echoed with an eerie silence.

The two emerged 60 minutes later looking like the trash dumping incident never happened, shaking hands with a look and an air of mutual respect.

Bays had me write at weekly meetings with the boy all summer in his appointment book. He then asked me never to talk about what I had just witnessed and if it became public, he would know that I was the culprit.

Although I’ll never know for sure, the boy was probably trying to get expelled from military school, as many other kids have tried. The creative effort of the young man, however, was not rewarded, ending the summer term.

Admiral Bays died in a car accident in 1979 at the age of 74 in Annapolis, Maryland, but his example lives on. Calm, thoughtful and lucid responsiveness saved the day, the summer and the future of a littering teenager.

That day certainly made a difference in my life. The angry and impulsive disciplinary actions so often seen in coaches, parents and other leaders are often not effective, undermine effective leadership, damage important relationships and hurt people.

“The power of respect is to never disrespect.”