The Wisconsin electoral fraud argument is real and flourishing, the facts are not 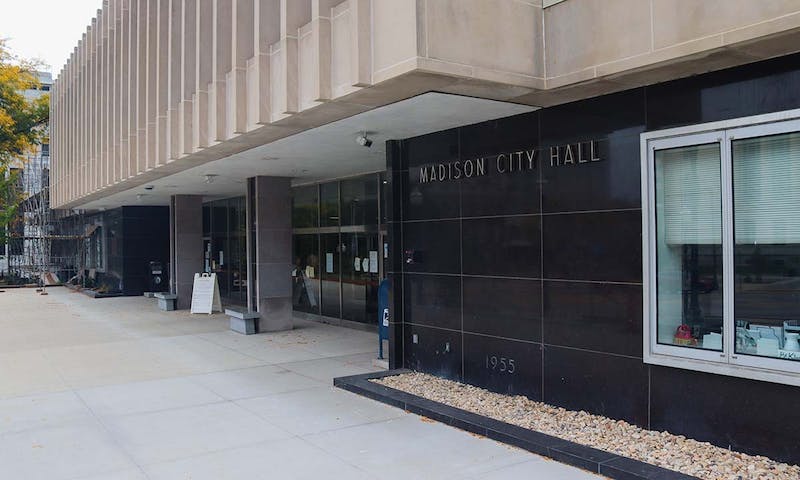 Of the nearly three million Wisconsinians who voted last November, only four voters were accused of electoral fraud. However, we always seem to find the results highly contested among our peers and elected officials. After a year of relentless disinformation surrounding the 2020 presidential election, we must end this conversation.

The election process in our state will by no means be immune from human error. Nonetheless, the idea that the 2020 election was stolen has been fueled by spurious intentions and exasperated claims. By now, it is well established that most of the arguments made by President Trump’s re-election campaign – in its challenge to the 2020 election results – are baseless and highly speculative. Even so, we still find election results under investigation in Wisconsin in the range of Assembly Speaker Robin Vos and former Wisconsin Conservative Supreme Justice Michael Gableman.

There is nothing wrong with “going through the stages”, as one would say, but we are well beyond that idea. As scenes in courtrooms across the country have shown, it does appear that there is indeed a downside to those charged with pursuing these allegations. On several occasions now, they have been reprimanded by the judges for the finesse of their arguments.

In November, a claim made by former President Trump himself suggested that participation in Wisconsin has increased from 67.34% in 2016 to 89.25% in 2020. “I call bull ****,” he said in a statement following the so-called “statistic”. This tweet – directly from our CEO – has amassed over 13,000 shares. While this is just one of many claims, simple electoral calculations will show that there is no bull **** to see.

As we know, Wisconsin allows same-day voter registration, which means the number of registered voters will increase throughout the day. Most obviously, the use of fixed registered voters to calculate the turnout was and would be incorrect.

The turnout in a same-day registration report is based on the percentage of eligible voters who have voted. To accurately estimate turnout, divide the number of votes actually cast by the population of voting age. Using this method, we find that participation rates in Wisconsin have reached about 72%, well within the range of past presidential elections.

Beyond registration statistics – Trump, Wisconsin state officials and voters are also looking at voting violations to cast doubt on what should be unchallenged results. Keep in mind that this fabricated idea and seemingly recurring rhetoric came shortly before the recently rejected state audits, the partial recount, and the many unsuccessful trials seeking to uncover even a fragment of evidence suggesting widespread electoral fraud.

The case of “wrongdoing” suggests that there is only 27 possible cases of the roughly 3.3 million votes cast in Wisconsin, 18 of which have already been dropped. Reiterating the fact that there have only been four confirmed, it is absolutely puzzling to use that number as an argument in a race that was decided by a margin of over 20,000 votes.

Fortunately, all hope does not seem lost for our divided and exceptionally partisan state. In early September, two well-known Wisconsin Republicans rebutted the idea of ​​massive voter fraud in our state. For a, Senator Ron Johnson (R-WI) quoted, “the only reason Trump lost Wisconsin is that 51,000 Republican voters did not vote for him; if all Republicans voted for Trump as they voted for [state] candidates for the assembly, he would have won.

Despite the many unsuccessful investigative attempts and the ongoing investigation by Vos and Gableman, we see other Republican lawmakers embracing the logic of speculative assumptions. At the end of September, Senator Kathy Bernier (R-WI) sought to fill the vacuum of uncertainty with information that her fellow lawmakers and divergent voters seem to ignore. Bernier, who chairs the Senate Elections Committee, hosted a briefing to explain how the Wisconsin elections work.

The briefing provided an opportunity not often seen in Wisconsin’s hyper-partisan political climate. It represented a proactive, non-partisan effort to provide answers to lawmakers and divided voters. Bernier held the hearing in the middle of the ongoing investigation ordered by Vos, sending a real message to his colleagues across the way. “I want to make sure that the disinformation that is perpetuated out there has been addressed because it drives me crazy to listen to people,” Bernier said in an interview.

Frustrated by the outcome of this past November – and therefore upset by the continued challenges against these outcomes – we remain in conflict with each other.

Enjoy what you read? Get Daily Cardinal content delivered to your inbox

The University of Wisconsin-Madison has been well regarded for providing objective political information in their courses. Nonetheless, in our healing post-pandemic world, we still see a relentless political row on our campus and state. While we must allow room for internal dissension, we cannot count on the credibility and comfort that we find in our own constituency.

Science, logic and the neutral dialect must lead the way in our fight for political tranquility. By embodying the beauty of the democratic process, there will always be contradictory rhetoric. However, the collective and overall conclusion of this conversation is to understand when to put aside predisposed and emotionally motivated assumptions. The concern of electoral fraud is very present, even 10 months after the presidential election. Yet these beliefs are far from material, regardless of your pronounced political association.

As Dean Knudson says, Wisconsin Election Commission member, “I challenge you to put your political beliefs aside… take off your red hat or blue hat and be a neutral juror on this committee.” This is what I encourage and challenge you to do. As a collective, our goal remains the same: to ensure that the environment we share reaches its full potential. If you are passionate enough to push for the improvement of our state and political agenda, put aside ideological tensions so that we can deal with real issues.

Luke Pierce is a junior student in political science and economics. Do you agree that electoral disinformation is a problem that plagues our society? Send all comments to Opinion@dailycardinal.com