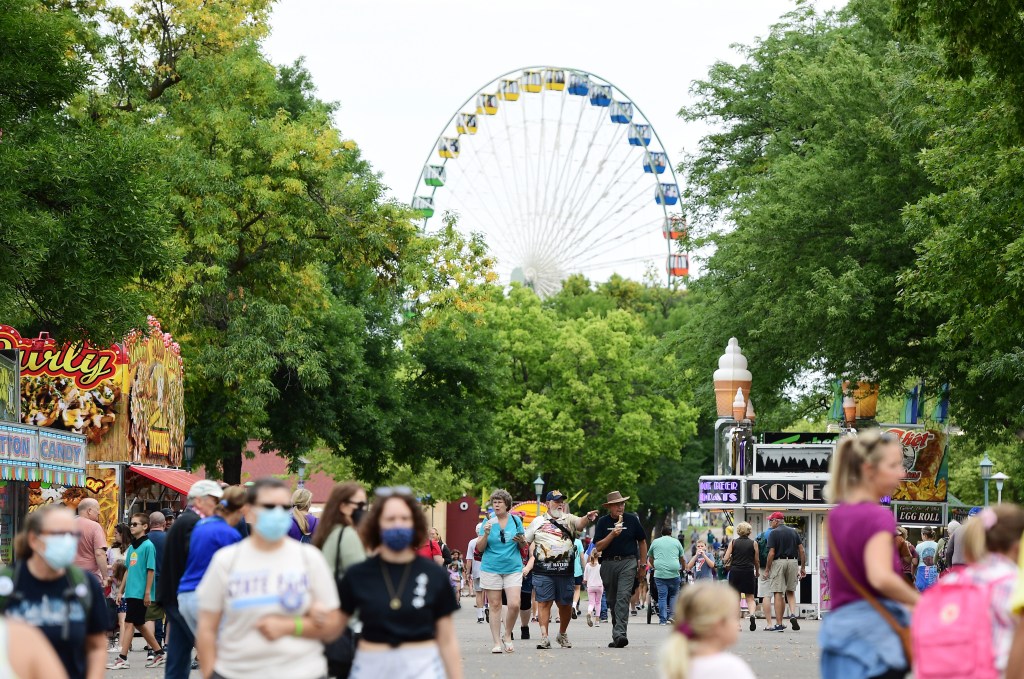 Calling him “ridiculous,” Ramsey County Sheriff Bob Fletcher responded on Tuesday to a claim from Ramsey County Board Chairman Toni Carter that he was unwilling to work with the board of directors because of concerns he had that the sheriff’s office continues to provide security during the state of Minnesota. Fair.

The State Fair said Monday it was re-establishing its own police department, a year after disbanding one, and then approaching the Sheriff’s Office for Law Enforcement during the 12-day event and until ‘at the end of the year under two agreements approved by the county. advice at the end of July.

A board workshop on November 2 was scheduled to consider an after-action report on safety during the Fair in 2021 and beyond. However, Carter canceled the workshop the same day after Fletcher told him he couldn’t attend the meeting.

Carter wrote to Governor Tim Walz two days later, saying “Sheriff Fletcher’s refusal to personally engage with County Council in the important discussions necessary to resolve the issues and concerns regarding the continuation of these agreements.” Carter suggested that the Minnesota Agricultural Society Board, which governs the fair and manages the state-owned 322-acre fairground, “will need to seek alternative safety arrangements for 2022.”

On Tuesday, Fletcher said Carter’s statement was not true. He told Carter in a letter, which included other county board members, Governor Tim Walz and County Director Ryan O’Connor, that he had “attended several meetings, responded to all of them. questions asked, attended a board workshop and affected the work of staff with county management.

“Your claim that the deal was not approved because I was unable to attend a meeting is ludicrous,” he wrote. “It would have been more honest and transparent to admit that a majority of the county council did not want to pursue the arrangement with the state fair.”

Fletcher said he and Carter exchanged text messages the day before the scheduled workshop and told her five members of the sheriff’s office were going to attend and answer questions after O’Connor’s presentation of the report. Fletcher said she never told him she would cancel the meeting if he wasn’t present.

When asked in an interview on Tuesday why he couldn’t attend the meeting, Fletcher said he would attend a “briefing” led by O’Connor and reiterated that members of his staff were going to attend. “Why?” He said, “Because I had a number of other duties that went beyond the importance of attending a meeting that five members were already planning to attend.”

Carter said in an interview on Tuesday that Fletcher had personally advocated for the sheriff’s office to provide security during the fair this year and that “the board was unwilling to make this decision to continue in 2022 with a contract. without that same advocacy and leadership “.

Security at the fairgrounds became an issue when the fair decided last spring to disband its decades-old police service and instead turn to an outside agency to provide security. The Minnesota Department of Public Safety recommended that the sheriff’s office take the lead during the fair, prompting Fletcher and fair officials to work on a plan.

But Ramsey County Council had reservations, with liability being the main one. At the end of July, the county’s board of directors signed two contracts, one covering the event and the other for non-Fair dates until 2021. The board’s decision came after the Insurance officials at the Fair that he intended to purchase $ 10 million in professional liability insurance from the police and that the policy would include the county.

Fletcher said in his letter to Carter that his letter to Walz prompted him to work with Fair’s general manager Jerry Hammer to re-establish a Fair police department. The new department “is unlikely to be as robust as a security plan” as the one provided by the sheriff’s office, Fletcher said.

Meanwhile, the Fair said Monday that its police department will continue to partner with the Minnesota Sheriff’s Office and State Patrol, as well as with officers from other law enforcement agencies and medical service providers, as well as additional security contractors. Ramsey County Sheriff, Cmdr. Ron Knafla will be the Fair’s police chief.