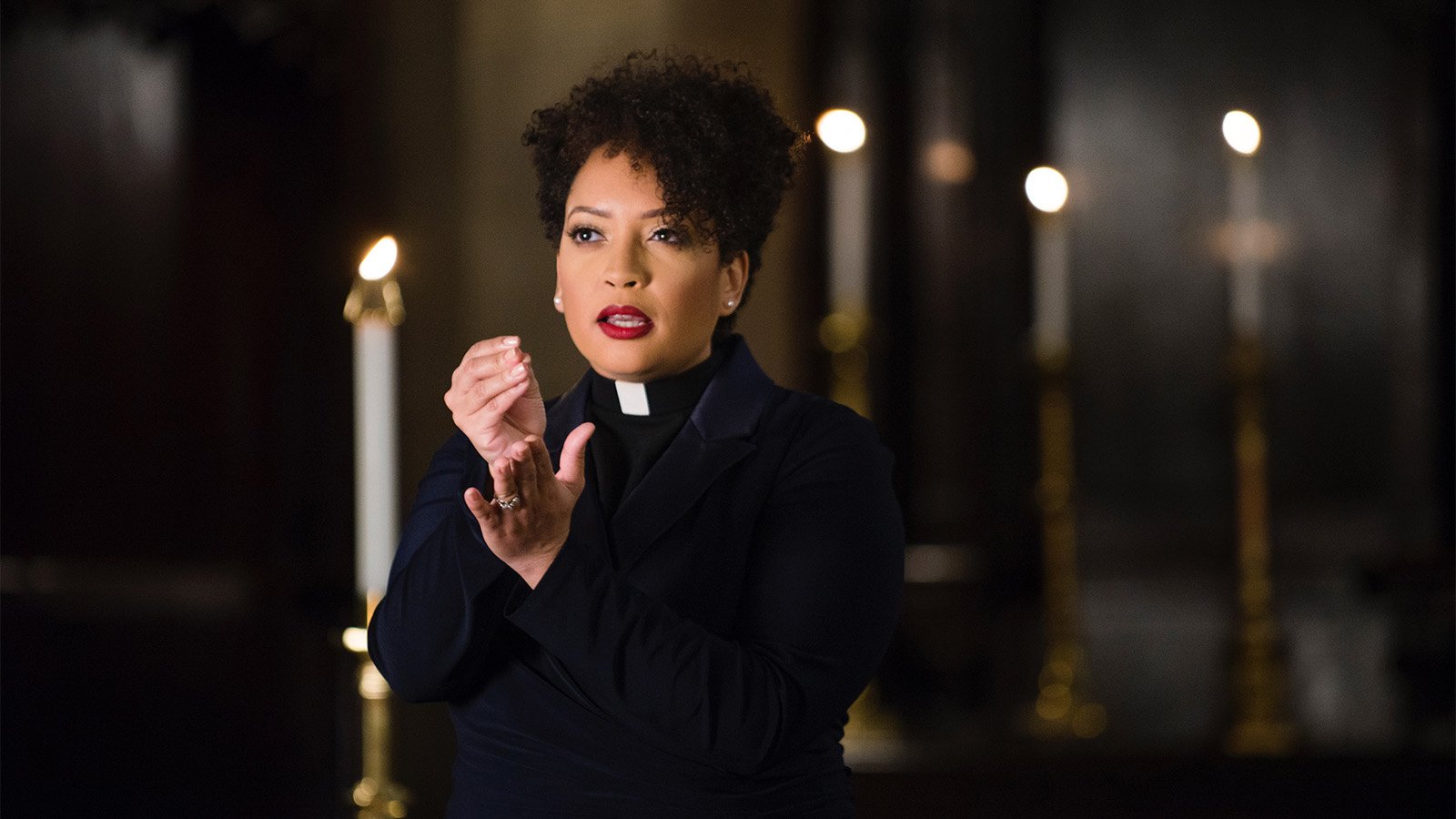 WASHINGTON (RNS) – Pastor of historic New York church calls on federal court to sanction immigration officials, claiming they offered “false or at best misleading” accounts in response to a lawsuit and put her in danger of arrest in Mexico under false pretenses of helping asylum seekers.

“They constantly lied or withheld information,” Rev. Kaji Douša, minister of the United Church of Christ and pastor of Park Avenue Christian Church in Manhattan, said in an interview with Religion News Service.

Douša, a veteran immigrant rights activist, previously served as chair of the New York-based New Sanctuary Coalition. As part of her job in January 2019, she participated in a 40-day “sanctuary caravan” in Tijuana, Mexico, near the US border, where asylum seekers from Central America were gathered. While crossing the border, Douša was detained and questioned for over an hour by customs officials.

A few months later, NBC released leaked documents suggesting that the federal government had assembled a database of more than 50 activists, journalists, and lawyers for use by various agencies, including US Customs and Border Protection and US Immigration and Customs. Enforcement.

Douša’s name and image appeared with a yellow “X” on her face in the database, just above an indication that her SENTRI pass, which allows for expedited screening along the border. , had been revoked.

In July 2019, she filed a lawsuit against U.S. immigration officials, claiming that putting her on a watchlist and monitoring her violated the Restoration of Religious Freedom Act and her First Amendment right to exercise his ministry, which included officiating at wedding ceremonies for migrants at the border.

His legal team’s latest complaint, filed on December 8, refers to a recent internal Department of Homeland Security report that details how a US customs and border patrol official emailed Mexican authorities in December 2018. , asking them to ban at least 14 US citizens. to enter the country, claiming that they “lacked the proper documentation to be in Mexico.”

Documents obtained in the course of the legal proceedings to uncover his lawsuit against the government showed that Douša was among those on the list.

However, when the CBP official was interviewed for the internal report, the official revealed that he “did not know whether or not he had documents.”

The file describes the email as an “unprecedented and deeply inappropriate communication ordering a foreign government to take adverse action against named US citizens, including Pastor Dousa, under false pretenses.”

“My government is making me dangerous in Mexico, it’s unheard of,” said Douša.

Reverend Kaji Douša as it appears in an alleged government database. According to documents leaked to NBC, the yellow “X” indicates that her SENTRI status has been revoked. Image courtesy of Kaji Douša

The case also alleges that the government wrongly or wrongly claimed that it had not revoked or suspended its “trusted traveler” status. Douša’s attorneys are now reporting newly discovered emails accumulated over a multi-month back-and-forth process, including one that features a US customs and border protection officer who works with the Trusted program Traveler declaring “today I also suspended its global access”.

Customs and border protection officials declined to comment, citing a policy of not commenting on pending disputes.

More than 850 religious leaders signed a letter expressing their support for Douša’s case in 2019, including leaders from the World Religions Parliament, Yale Divinity School, Muslim Community Network and Jews for Racial and Economic Justice.

Douša’s lawyers also uncovered documents, they say, indicating that officials were monitoring her because they suspected the marriages she performed for immigrants constituted marriage fraud.

Douša replied that she had made “no statement regarding the legal impact our religious ceremonies would have on an asylum claim.” She also noted a document she helped write that asked the clergy to “make sure people understand that this is a religious ceremony and certificate.”

Targeting her for performing religious weddings, Douša argues, is a violation of her religious freedom.

“I have been reported specifically for a wedding ritual, which is really the authority of the church to determine one way or another,” she said.

Douša says the case has damaged her “public testimony” and that she now fears her ministry to immigrants along the US-Mexico border may not always be a safe activity.

“God called me to this work, so I will continue to do it,” she said. “But it’s such a shame that I have to do it in such a way that my government has put my life in danger.”